Melo & Amar’e Reflect on the Legend of Lenny Cooke 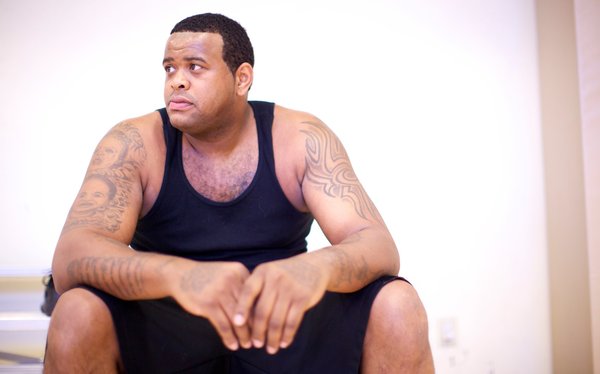 Harvey Araton has an absolute must read on the legend of Lenny Cooke in today’s New York Times. During a 2001 game against LeBron James at Sonny Vaccaro’s ABCD Camp in Hackensack, N.J., Cooke, then the presumed No. 1 prospect in America, was overtaken by James in a game in front of a slew of coaches, scouts and reporters. Here’s Araton with Carmelo’s take. The article also include Amar’e’s thoughts upon meeting a much-heavier Cooke last year at Madison Square Garden:

It was the summer of 2001, weeks before 9/11, and Cooke returned to the popular ABCD Camp for the nation’s most prominent high school players at Fairleigh Dickinson University’s Teaneck, N.J., campus as the defending most valuable player, the presumed chosen one. “He was coming from being the No. 1 player in the country, and we all looked at Lenny like that,” said Anthony, who was born in Brooklyn but relocated to Baltimore. “It was his size, how strong he was, how he could pass the ball and play the point, kind of like Magic, I guess. He was really explosive.” Anthony’s team was defeated by Cooke’s group. Cooke dazzled the packed gym and set up a showdown between him and a lesser-known player who was generating interest and who was one grade behind Cooke. His name was LeBron James, out of Akron, Ohio, a comparative basketball backwater. During the camp, a person in the James entourage noticed Shopkorn’s shadowing Cooke and wanted to know why. When Shopkorn told him, the James ally said: “You should come up to Akron and shoot LeBron. He’s the real deal.” Shopkorn declined the offer, electing to go with the known commodity, or at least the commodity he knew. “Lenny was local, so you had all the media outlets there, all the newspapers, all the scouts and coaches,” Shopkorn said. “There was this buildup to the game, and it kind of took on a life of its own.” Sitting in the stands with Debbie Bortner that day, Joakim Noah says he remembers Cooke’s climactic moment — crossing over James on the dribble several times before draining a midrange jumper. The gym erupted, but it was only the first half of a game that would go down to the last possession, a much leaner James with the ball and his team trailing by 2. James had already outscored Cooke, 21-9, but he saved his best for last. Guarded by Cooke, he dribbled out of the backcourt, to his right. Just as he approached the 3-point line, with a step on Cooke, James went airborne, kicked his feet back and floated the ball toward the rim. He hit nothing but net — game over — while Cooke’s jaw dropped. “How’d he make that?” he said to a friend afterward, mixing in profanity. “Oh my God.” Sonny Vaccaro, the former sneaker company executive who founded the camp, was stunned to learn that Shopkorn had footage of what he considered to be a historic shot. He called it the “one physical moment that symbolized the beginning of LeBron and the downfall of Lenny Cooke.” “He beat Lenny on his own turf,” Vaccaro said. “I mean, you can say it was one shot, one game, but in a way, Lenny never recovered.” Photo: Casey Templeton / New York Times