Jefferson to Visit Duke, Then Decide 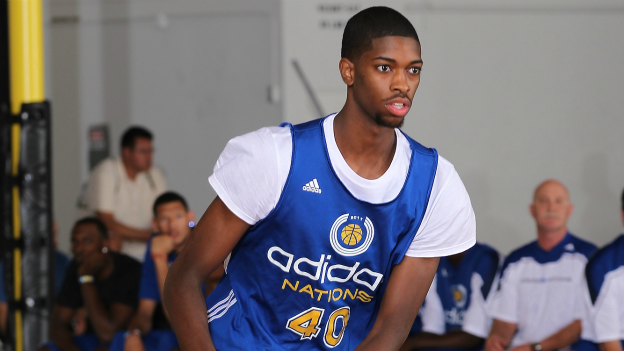 Amile Jefferson will take an unofficial visit to Duke March 3 for the North Carolina game and then make a college decision shortly thereafter, his father told SNY.tv. The 6-foot-8, 205-pound McDonald’s All-American out of Philly Friends Central is down to Duke, Kentucky, N.C. State, Ohio State and Villanova. “He’s going to go visit Duke on the 3rd so all the other schools he’s been to,” Malcolm Musgrove told SNY.tv Thursday by phone. “He’ll go take a look at Duke for a visit and from there he’s going to sit down and make his decision shortly after that.” Jefferson has spoken highly of Duke and Coach K in the past. “I’ve been talking to Coach K about [former Duke players] Shane Battier and Luol Deng,” Jefferson told FiveStarBasketball.com. “I’ve been talking to him a lot. We’ve been using those two phone calls a week.” The visit on March 3 figures to be highly charged and exciting considering Duke and North Carolina are battling for ACC supremacy and NCAA Tournament seeding. The Blue Devils are also hosting 6-foot-6 wing Shabazz Muhammad that weekend on an official. Muhammad is considering Duke, Kentucky, Kansas, UCLA, UNLV and Arizona. He takes his official to Kansas this coming weekend for the Missouri game that could determine first place in the Big 12. As for Jefferson, he has taken five officials so this visit to Duke is unofficial. “He’s going to go meet with of course the coaching staff, the players, the academic advisors, things like that,” Musgrove said. “He’s going to get a feel for Duke. [He will decide] shortly after March 3.”