So today I pulled my first all-nighter since, I don’t know, those hazy, crazy Wesleyan University days, I guess. Here’s a quick rundown of nearly 24 hours worth of hoops, tennis and energy drinks: 9:45 a.m. Wednesday — Hop on a bus at 15th St. with 3-year-old James Zagoria and head uptown for Super Soccer Stars. Little man kicks a goal and looks good doin’ it. 11 a.m. –– Knowing I’m supposed to appear on SNY this weekend for the SNY Invitational, I go for a haircut to my man Marcos at Carlo Marco Studio in the West Village Noon — After walking home crosstown, cook up some frozen Trader Joe’s chicken burritos and transcribe interviews on 2013 stars Kris Jenkins and Julius Randle

2:15 p.m. — Pick up my man Jeff Goldman of SNY.tv and head out to St. Benedict’s Prep in Newark for an upcoming video project on 2013 point guard Tyler Ennis. Ennis is mulling Arizona, Louisville, Kansas, Syracuse and Georgia Tech, among others. 3:15 p.m.— Interview my guys Ennis, Miami-bound SG Melvin Johnson and 2013 forward Isaiah Watkins for the video project 6:21 p.m. — Sit in the stands and watch St. Ben’s frosh Isaiah Briscoe throw down a one-handed dunk. Remember the name: Isaiah Briscoe. 6:30 p.m. — Drive to New York and park across MSG for the West Virginia-St. John’s game (Parking ended up costing $42. Doh!) 7:34 p.m. — Sneak down to Penn Station and buy a quick salad before entering MSG 8:18 p.m. — Bust out a quick blog on Fab Melo being out for “a while,” per the Post-Standard 8:42 p.m. — Bust out another blog on Derrick Caracter to the D-League 8:56 p.m. — Can’t help but chuckle as St. John’s student section, feeling their oats in a blowout, chants, “Big 12 sucks” at West Virginia 9:46 p.m. — Listen to Bob Huggins’ highly entertaining postgame presser after his team was crushed, 76-62,by the Johnnies. “They played well. They played well, and we sucked.” So both the Big 12 and West Virginia sucked on the same night. 10 p.m. — Stop off on way home at my nearby bodega for a 5-hour energy drink, my first ever

10:15 p.m. – Turn on the Kim Clijsters-Victoria Azarenka Australian Open semifinal and settle into my home “office” 10:47 p.m. — Post the Huggins blog after transcribing the interview 11:14 p.m. –– Inhale first half of the 5-hour energy drink 11:37 p.m. — Post a blog on Rafer Alston returning to the D-League 12:15 a.m. — Begin writing a feature on Julius Randle for FiveStarBasketball.com 1:37 a.m. — Finish up Randle feature and email it to my boy Peter Robert Casey, the man with three first names and one passion 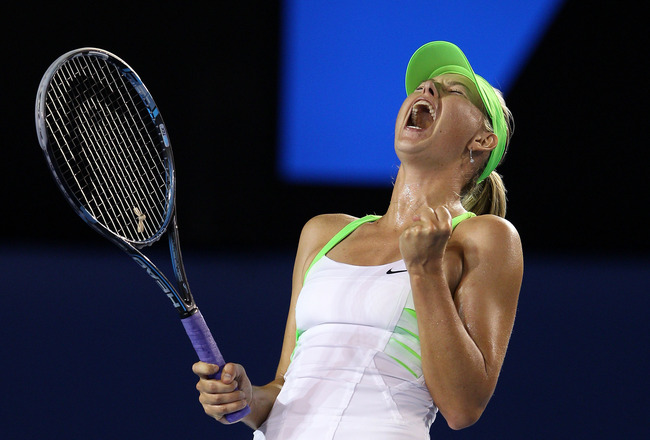 2:27 a.m. — Maria Sharapova defeats Wimbledon champ Petra Kvitova in three sets, setting up an awfully loud, grunt-filled final against Azarenka. Sharapova is 3-2 in Major finals. Azarenka is in her first Slam final. 2:30 a.m. — Realize I still have an hour to go before Federer-Nadal. Turn on recorded “Courtside With Seth Davis” so Seth, Gary Parrish and Jim O’Connell and the boys (where’s Goodman?) can carry me through to the tennis 2:37 a.m.– Laugh when I see that 5-hour energy is a sponsor of Seth’s show 3:10 a.m. — With 20 minutes before Federer-Nadal, I take another swig of 5-hour energy and watch Seth Davis interview my man Jonathan Givony about 2012 Draft prospects 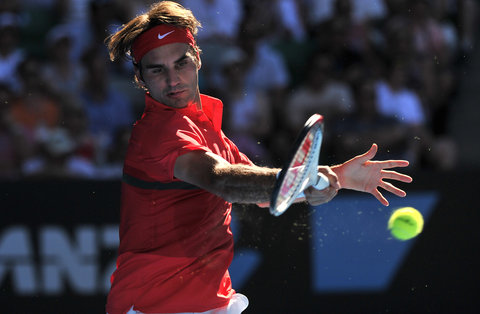 Will Julius Randle be the Next Harrison Barnes?