How Steve Lavin Is Taking a Page from Urban Meyer

NEW YORK — You might not think that the St. John’s basketball team has much in common with the Ohio State football team. But right now, Steve Lavin is taking a page from Urban Meyer’s playbook. And I’ll tell you how. Ohio State received a waiver from the NCAA that allows it to have two football coaching staffs at the same time: one under Luke Fickell to coach the Buckeyes in their Jan. 2 Gator Bowl game against Florida and another led by incoming coach Meyer that only handles recruiting. 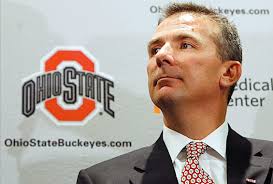 Now, at this very moment, St. John’s is effectively operating with two staffs, or at least parts of two staffs. While assistant Mike Dunlap coaches the Johnnies, including their 56-50 victory Saturday over Fordham at Madison Square Garden, Lavin, the head coach, is out on the road recruiting. “It’s an advantage,” Dunlap told SNY.tv exclusively after the game. “Anytime you have him focused on one thing, and we all know he can recruit, it’s wonderful. So I just tell him, ‘Just keep doing your thing on the road. We got it covered here.'” Lavin, still recovering from prostate cancer surgery, spent Friday and Saturday at the City of Palms Classic in Fort Meyers, Fla., watching, among others, 6-foot-8 2012 Louisiana forward Ricardo Gathers and 6-1 2013 point guard Jaren Sina of Gill St. Bernard’s (N.J.). “One of our current objectives is redoubling our efforts in recruiting the 2012 high school class,” Lavin told SNY.tv by text Friday. “We anticipate signing five prospects. The good news is sitting in the stands at a high school practice or game to evaluate a prospect does not tax my energy levels. It was instead my premature return to the strenuous activity of game coaching that set me back in my recuperation.” The Johnnies played the entire first half against Fordham with only five players after sophomore point guard Malik Stith was suspended a half for a minor academic issue. Stith check in during the second half, but four players — God’sgift Achiuwa, Moe Harkless, Phil Greene and D’Angelo Harrison — played all 40 minutes in the game. The Johnnies are currently operating with just six recruited scholarship players after sophomore point guard Nurideen Lindsey announced his transfer. That might work against Fordham, but how’s that gonna fly against Syracuse, UConn or Pitt in the dead of the Big East schedule? Amir Garrett, a 6-7 wing from California who was one of three 2011 recruits declared academically ineligible in September, is expected to officially join the team soon. He finished up Friday at Bridgton (Maine) Academy. He was at the Garden, but was not permitted to sit with the team until he’s officially cleared by the NCAA. In a best-case scenario, Lavin can use this time away from the team to maximize his recruiting efforts, and Lord knows the Johnnies need all the recruiting help they can get. Theoretically, Lavin could stay out recruiting through the end of the current evaluation period March 28, although he will likely return to coach the team before then. “Yes, but we don’t know,” Dunlap said. “He could be back in two weeks. That’s his call.” St. John’s (5-5) has struggled out of the gate , and their early struggles, combined with questions about Lavin’s health as well as larger concerns about the future of the Big East Conference, no doubt caused studs like Gathers and 6-8 JaKarr Sampson to reevaluate their commitments to St. John’s. St. John’s is in a tough spot. They need to win games to show potential recruits they will be coming into a winning situation…or at least a viable situation that can be improved with a few key players. Look at Shabazz Muhammad, the top prospect in the Class of 2012. Considered by some at one point a lean to Lavin’s former school, UCLA, he expressed some concerns about the program after the Bruins got off to a 1-4 start. The Bruins no doubt need to keep improving — sans Reeves Nelson — to show Muhammad they have a viable situation going forward. You could argue that it is in St. John’s best interests to have Lavin coaching on the sidelines to help win games. Yet St. John’s also needs players (a bunch of them) for next year and having Lavin out on the recruiting trail can’t be a bad thing.

Gathers will remember that Lavin was there watching him on back-to-back days in December in Florida, even as he also considers offers from places like Duke, N.C. State, Florida, LSU, Cal, USC and Baylor. “I want to be with a winner,” Gathers told Jerry Meyer of Rivals.com on Friday. “I want to be with players who compete and play as a team.” In the Ohio State scenario,  there have been rumblings from other schools that the waiver gives Ohio State a competitive advantage. Those concerns have not yet surfaced about the St. John’s situation. Some schools have no doubt used Lavin’s health as a tool in negative recruiting, and in the world of recruiting, it is not impossible to imagine coaches getting worked up about the fact that he’s now out on the road recruiting while other coaches must coach. But for now, the Johnnies are effectively operating with two coaching staffs — and they hope it pays dividends when the late signing period arrives in the spring.