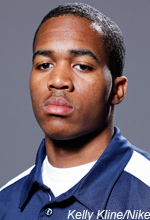 Kasey Hill figures to the last commit of 2011.

After Florida beat Yale Saturday, the 2013 point guard from Montverde (Fla.) Academy announced via Twitter, “I am a GATOR!!!!”

The Rivals No. 27 prospect in the Class of 2013, Hill recently told FiveStarBasketball.com he also considered Kentucky and Lousiville.

Hill’s Montverde teammate, Michael Frazier, has signed with Billy Donovan’s team for 2012. Frazier is the Rivals No. 14 shooting guard in that class.

The Gators will need a point guard after New York’s Erving Walker graduates this year.

Just How Good Is Michael Kidd-Gilchrist?

Michael Kidd-Gilchrist has endured his share of heartbreak, but nothing seems to slow him down for long.

Not the shooting death of his father, Michael Gilchrist Sr., when he was 2. Not the death of his uncle, Darrin Kidd, from a heart attack on the day Kidd-Gilchrist signed his Letter of Intent last year with Kentucky. And not the recent hospitalization of his mother, Cindy Richardson, for an undisclosed illness.

Through it all, Kidd-Gilchrist’s big heart just keeps pumping faster and faster, stronger and stronger.

UConn had a relatively easy time with St. John’s on Saturday in the first of three straight games against New York-area Big East teams.

After beating the Johnnies 83-69, the No. 9 Huskies will visit Seton Hall Tuesday before traveling to Rutgers Saturday, when head coach Jim Calhoun will return from his three-game suspension for NCAA violations.

“We’re ready for any game,” said UConn point guard Shabazz Napier, who had 17 points, 9 assists and 4 turnovers. “We just have to fix some edges up.  We have to understand how to play the score. ..We have to stay in our stuff.  We have to be fundamentally sound.”

Tough Day at the Beach 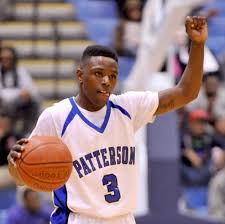 CHESTER, Pa. — On Friday, numerous Northeast stars came to play at Widener University in Pennsylvania as fans packed the stands for the Jameer Nelson Classic.

Among the teams participating, a number of players stood out from teams such as Friends Central (PA), Math, Civics & Sciences (PA), Patterson (MD), Chester (PA), St. Joseph’s Prep (PA) and many more.

Here is a breakdown of the recruitment of some of the standout players from Friday’s action.

There have been some wild game-winning shots down through the history of college basketball.

But watch this video of Wagner’s Kenny Ortiz last-second buzzer-beater from the left corner going off the top of the backboard and then through the net and decide if you’ve ever seen anything like this.

“It was the craziest ending to a game that I’ve ever seen,” Hurley told SNY.tv after his Seahawks stunned Santa Clara, 64-62, in the Championship Game of the 45th annual Cable Car Classic in Santa Clara, Cal.

“Kenny is a winner. He has made that shot at Branchbrook Park in Newark a thousand times.”

Ortiz’s shot set off a wild celebration and capped a 12-rebound, eight-point, four-assist performance that earned him the Most Inspirational Player award.