Gilchrist Back in Familiar Position With No. 1 Team | Zagsblog
Follow @adamzagoria

Gilchrist Back in Familiar Position With No. 1 Team 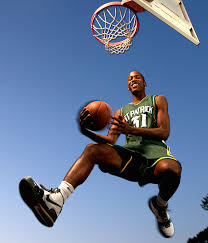 LEXINGTON, Ky. — It’s not whether you’re No. 1 during the regular season that matters. It’s whether you’re in the top spot when it’s all over. Nobody knows that better than Kentucky freshman Michael Kidd-Gilchrist, whose team is currently No. 1 entering Saturday’s much-hyped matchup with his former Elizabeth (N.J.) St. Patrick teammate Dexter Strickland and No. 5 North Carolina at Rupp Arena. Like Kentucky, Gilchrist’s St. Patrick team was undefeated and ranked No. 1 in the nation for much of last year. And in fact the 6-foot-7 Gilchrist was supremely confident heading into what turned out to be his final high school game against St. Anthony. And why shouldn’t he have been? “Ain’t nobody stopping St. Pat’s,” he told me before that game in a quote that appeared in the documentary, “Prayer For a Perfect Season.” But of course the perfect season didn’t materialize for the Celtics. St. Patrick, a heavy favorite, was upset by Kyle Anderson, Myles Mack and the Friars in the unofficial national championship game and Gilchrist’s career ended abruptly at the Rutgers Athletic Center in the New Jersey state tournament. A year later, Gilchrist is back on another No. 1 team early in the basketball season, averaging 11.4 points and 6.6 rebounds. His old coach Kevin Boyle believes his former star has learned from last year’s experience.. “Certainly you’re not getting the attention in high school you’re getting at Kentucky but making the movie and everything else last year we were getting a lot of attention, more than a lot of college teams,” Boyle told SNY.tv. “And I think that starts preparing you for what you’re going to receive at Kentucky. When you’re No. 1, everybody’s coming after you every game.” Kentucky did not make Kidd-Gilchrist available to the media Friday, a day after the No. 1 Wildcats crushed St. John’s, 81-59, but he did sent a Twitter message to Strickland, a junior guard at Carolina averaging 8.4 points and 2.9 rebounds. 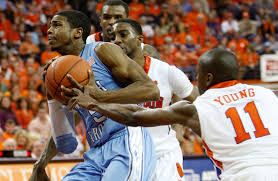 “Best of luck tomorrow, let’s go at it,” Gilchrist told Strickland. “That’s the kind of guy he is and the kind of player he is,” Strickland said of Gilchrist. “He’s a great guy and he’s very competitive.  He’s a good friend. I remember when he first came to St. Pat.  He spent a couple of nights at my house with my dad and me.  We spent a lot of time together and grew close.  I consider him like a brother, so it will be a lot of fun to play against him [Saturday].  I’m looking forward to seeing him.” Strickland and Gilchrist teamed together on the 2009 St. Pat’s team that also featured Kyrie Irving and won the New Jersey Tournament of Champions title. “They were two of the better players that played at St. Pat’s,” said Boyle, now at Montverde (Fla.) Academy. “Obviously it makes you feel happy and proud that you were able to be a part of their career and hopefully help them develop to get to that level.” Boyle said both players always had high motors and Kidd-Gilchrist learned about dedication and hard work from Strickland. “I’m sure he picked some of those qualities up along the way and I think other kids picked it up by being in the St. Pat’s program,” Boyle said. 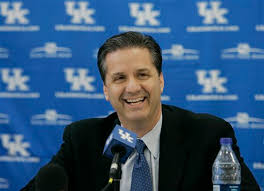 Gilchrist struggled against St. John’s, managing just 5 points on 1-of-7 shooting, and Kentucky coach John Calipari said the freshman gets too amped up at times. “Not in just this game, every game,” Calipari said. “He starts off so hyped up that we almost have to calm him down a little bit.” Still, whatever happens Saturday, it won’t mark the end of Gilchrist’s season or career. And owning the No. 1 ranking this early in the season is hardly a determining factor for winning the national championship. As the Wall Street Journal pointed out Friday, just five of the last 15 NCAA champions held the top spot in the poll for at least one week during the season. For Gilchrist and his teammates, the true measuring stick will come later this year, during March Madness. “If we play them a second time this season, I hope its very, very late in the season,” Calipari said of Carolina. “I’d rather be playing them April 7th.” The national championship game is actually April 2 in New Orleans. And if these two teams match up then, that’s when being No. 1 will really matter for Gilchrist and his teammates. CELTIC PRIDE AVAILABLE ON AMAZON 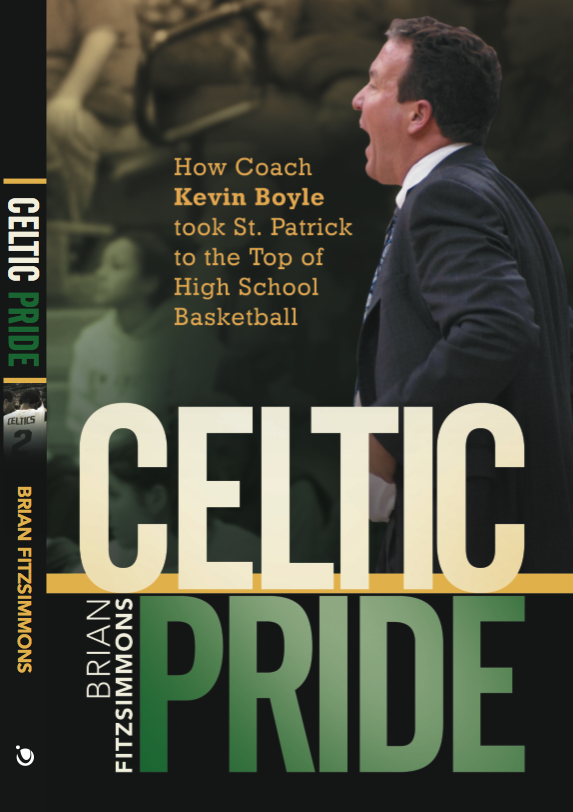 Celtic Pride, Brian Fitzsimmons’ terrific book that documents the 2010-11 season at St. Patrick, is now available for pre-order on Amazon. The book documents not only Michael Kidd-Gilchrist’s final season at St. Patrick, but the storied history of the Celtics that includes stars Shaheen Holloway, Al Harrington, Samuel Dalembert, Dexter Strickland and Kyrie Irving. It’s a must-read for fans of hoops at every level.