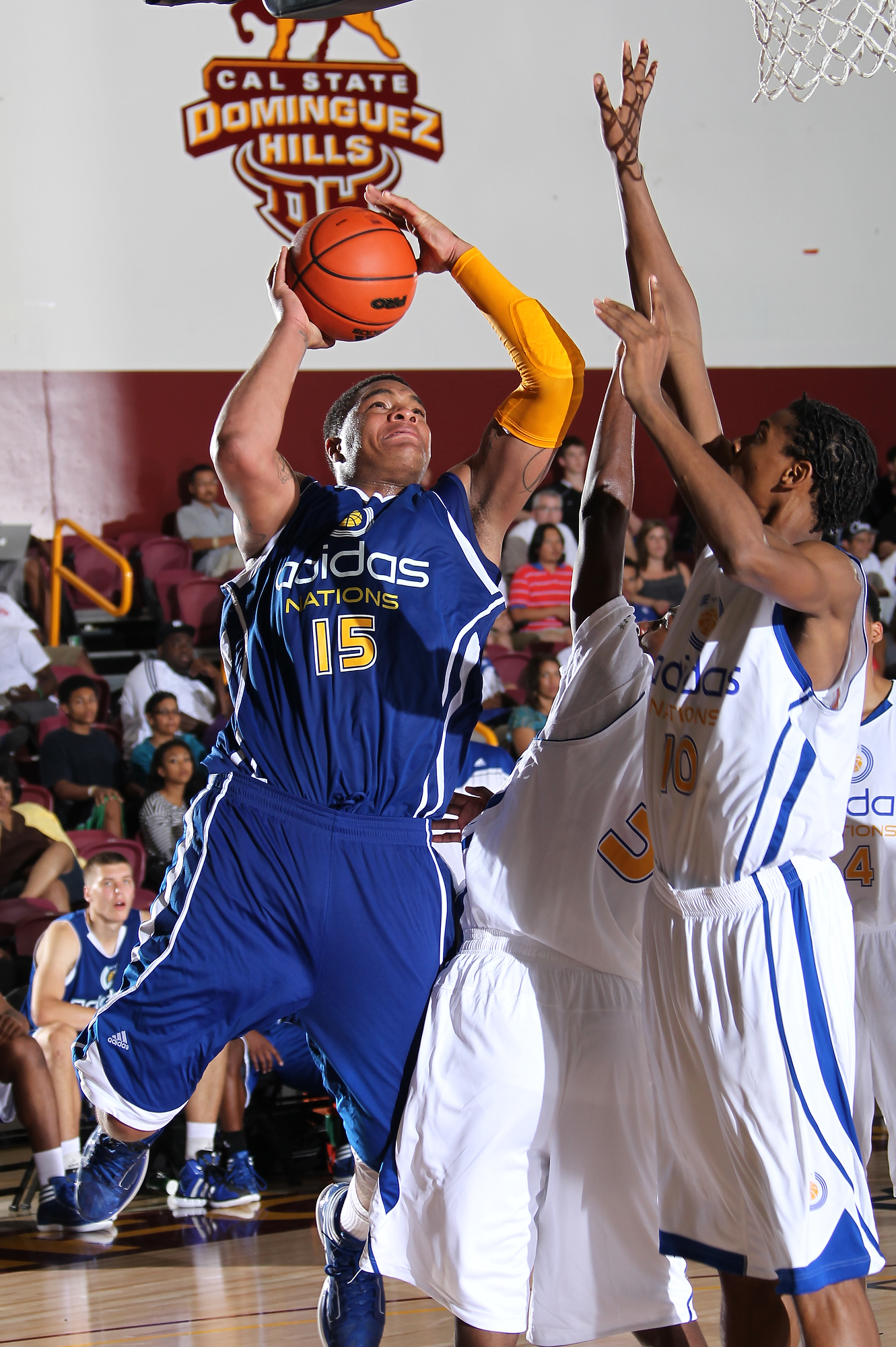 For a while it seemed as if Syracuse and Kentucky were in a two-team race for DaJuan Coleman, the 6-foot-10, 285-pound center from Jamesville DeWitt High School. But now that Coleman has spent more time this summer with Ohio State big man Jared Sullinger, the Buckeyes are on level ground with the Orange and the Wildcats. “They’re definitely equal now that I did a little more research and stuff like that,” Coleman told SNY.tv by phone from the adidas Nations event in Los Angeles. Coleman said Sullinger, whom he has known for several years, has pitched him the idea of coming to Ohio State, possibly to replace Sullinger after he heads to the NBA following his sophomore season. “I think Sullinger is basically [saying] his school is just pushing me harder,” Coleman said. “That’s what I want. I like competition and stuff. They push me harder, give me the ball, put me in the right spot. You know, make me better as a player.” He added:  “Ohio State, I like how they use their big man and develop big men so that’s one thing about them.” Still, Coleman has never visited the campus and said he’s in the process of trying to plot out visits. He’s interested in visiting both Ohio State and Kentucky, which hosts Big Blue Madness Oct. 15. “Yeah,” he said, “I think so.” It appears as if it will come down to Syracuse, the hometown school, Kentucky or Ohio State when all is said and done. “That’s my top three,” he said.

Abromaitis: 'Don't Sleep on the Irish'