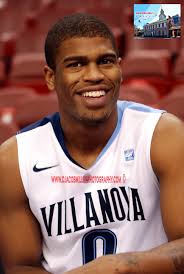 NEW YORK — Like many former college players who weren’t selected in last month’s NBA Draft, Antonio Pena is looking to go overseas. The former Villanova standout and Brooklyn native said he may land in France for the upcoming season. “Hopefully, I’ll get a chance somewhere in France or somewhere like that,” Pena said after posting 10 points and 10 rebounds as The Uptowners lost to Corey Fisher and The Franchise, 115-113, Thursday in the Nike Pro City League at Baruch College. “Hopefully, [I will know] by the next two weeks.” Several former Big East standouts who weren’t drafted are headed overseas. Former Syracuse big man Rick Jackson will play in France. Ben Hansbrough, the reigning Big East Player of the Year, and former Notre Dame teammate Ty Nash are going to Germany. And Seton Hall product Jeremy Hazell, Pena’s Uptowners teammate who scored 15 points on 6-of-18 shooting in the loss, said he is considering Israel, Italy and Spain. “A lot of good dudes,” Pena said. “Hopefully [I will]  just continue wherever my next journey is, and continue to play there and play my best.” The 6-foot-8 Pena said it’s always fun playing against Fisher, who had 24 points and six assists in the win but declined comment after the game. “I always get a chance to play with him, someone you’ve been playing with for four years so it’s good to be out there,” Pena said. “There was a lot of talking during the game, but nothing after.’

Drummond May Not Return to St. Thomas More