The July recruiting period can get pretty hectic for college coaches, what with the whirlwind blur of cross-country flights, rental cars and never-ending gyms.

But when it comes to having an eventful end of July, few may be able to match St. John’s Steve Lavin.

On Saturday, the same day the Johnnies landed a verbal pledge from Ricardo Gathers, the No. 12 power forward in the Class of 2012, Lavin also lost his wallet at the John Wayne Airport in Orange County (Calif.).

College coaches are not permitted to comment on verbal commitments, but it’s safe to say that the loss of his wallet was mitigated by the addition of such a talented rebounder and scorer from the Class of 2012. Scoop Jardine knows the Syracuse Orange are loaded with an embarrassment of riches entering his senior season.

The Orange return everyone from last year’s roster except for big man Rick Jackson, who signed to play in France.

Syracuse went 27-8 last season, 12-6 in the Big East, before losing to Marquette in the second round of the NCAA Tournament.

Big things will be expected of the Orange this season, and Jardine believes his team is capable of matching those expectations. 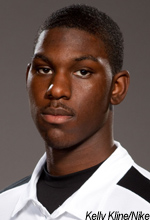 Duke and the NCAA are investigating whether an NCAA recruiting rule was violated when coach Mike Krzyzewski reportedly offered a scholarship to a recruit during a summer tournament earlier this week.

Forward Alex Poythress told Jeff Borzello of CBSSports.com that Krzyzewski spoke to him earlier this week while he was in Orlando, Fla., for a tournament with his AAU team, the Georgia Stars, and offered him a scholarship.

NCAA rules prevent coaches from contacting recruits before they are finished playing in tournaments.

Having reeled in a monster recruiting class for 2011, St. John’s coach Steve Lavin is now stockpiling big talent for 2012.

Ricardo Gathers, a 6-foot-7, 240-pound power forward from Laplace (La.) Riverside ranked No. 12 at his position by Rivals, has verbally committed to the Johnnies over LSU, Texas, Syracuse and Arizona.

“I picked St. John’s because of the coaching staff and I liked the way Coach Lavin communicated with me throughout the process,” Gathers told ESPN’s Paul Biancardi, who broke the news. “A year ago he was recruiting me and I didn’t think much of it, until I saw how they played on television and how much success they were having.

“I can’t wait to play in New York. Watching the movie ‘He Got Game’ got me really excited about playing there.”

Former Kentucky coach Joe B. Hall will be on the Dominican sideline for an Aug. 15 tilt against a team of Kentucky pros at Rupp Arena.

But he won’t get to coach the pro team that will include a Rajon Rondo/John Wall backcourt as he had originally hoped.

Kentucky and Dominican head coach John Calipari initially invited the 82-year-old Hall to coach the pros in the first-of-its-kind event, but the NCAA but the kibosh on it.

Scoop Jardine, Ashton Gibbs and Shabazz Napier will be competing this year for Big East victories, a league title and a deep NCAA Tournament run.But before the season starts, the trio from Syracuse (Jardine), Pittsburgh (Gibbs) and UConn (Napier) is already in full-fledged competition mode at the USA Basketball Men’s World University Games Team training camp.

The camp, which began Friday and runs through Aug. 7 at the U.S. Olympic Training Center in Colorado Springs, Colo., will be used to select the 12-member team that will represent the USA at the 2011 World University Games men’s basketball competition Aug. 13-22 in Shenzhen, China.

Andrew Wiggins, the Canadian star who poured in 28 points Monday to lead the CIA Bounce 16U team to the Super Showcase championship, is transferring to Huntington (W.V.) Prep.

Wiggins, a hugely talented 6-foot-7 small forward in the Class of 2014, will join a loaded Huntington team that has now has five Canadians.

Negus Webster-Chan, Stefan Jankovic, Tanveer Bhullar and Xavier Rathan-Mayes, all of whom suit up for CIA Bounce, will also play for head coach Rob Fulford.

“We’re going to be so deep,” Fulford told SNY.tv Friday night by phone.

“We would’ve had a really good team without [Wiggins]. He takes you to a different level because he can literally guard one through five. He gives us a different level athlete on both ends of the court. I let the ranking gurus get into all that. But I think with what we have, there aren’t five high school teams in the country better than us.”