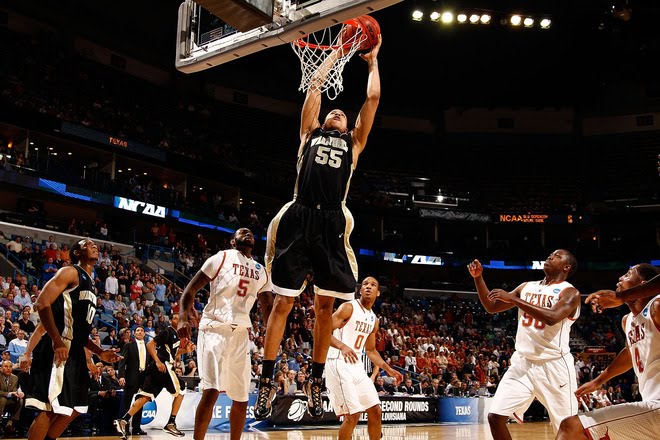 Tony Woods, the dismissed Wake Forest center, will arrive at Oregon in early August for summer school and will be immediately eligible to play in the 2011-12 season. “He really liked his visits, the people and the team,” Norm Parker, Woods’ AAU coach with the Georgia Stars, said by phone. “He felt like a fresh start worked out good for him. He feels like he can go out and contribute right away and help that team.” Woods averaged 4.6 points and 3.2 rebounds as a sophomore at Wake. The 6-foot-11 Woods was dismissed from Wake Forest last October after a domestic violence incident in which he kicked and pushed his girlfriend, Courtney Lorel Barbour, in front of their 8-month-old child. According to ESPN.com, Woods reached a plea agreement on a misdemeanor charge of assault of a female, was given a 60-day suspended sentence and had to complete 100 hours of community service as well as anger management classes. He has one anger management class remaining for when he arrives at Oregon. “He had to finish school — 18 hours — plus the two other classes this summer before doing anger management class,” Parker said. Woods took an unofficial to Kentucky and an official to Texas, and also considered Louisville, Auburn, Cincinnati, Xavier and Texas Tech. Because Oregon is on a quarterly system, school does not begin until September, giving him time to complete his academic requirements “A lot of schools would not be able to get him playing on the team until December,” Parker said. “That really upset and bothered him a lot. “As we searched for schools we found that Oregon starts in late September. He finishes up his A-A degree in late July. He can be out at Oregon in August and start summer school and start school in late September, and be on the team and not miss any time and that was important to him.” And like ZAGS on Facebook.