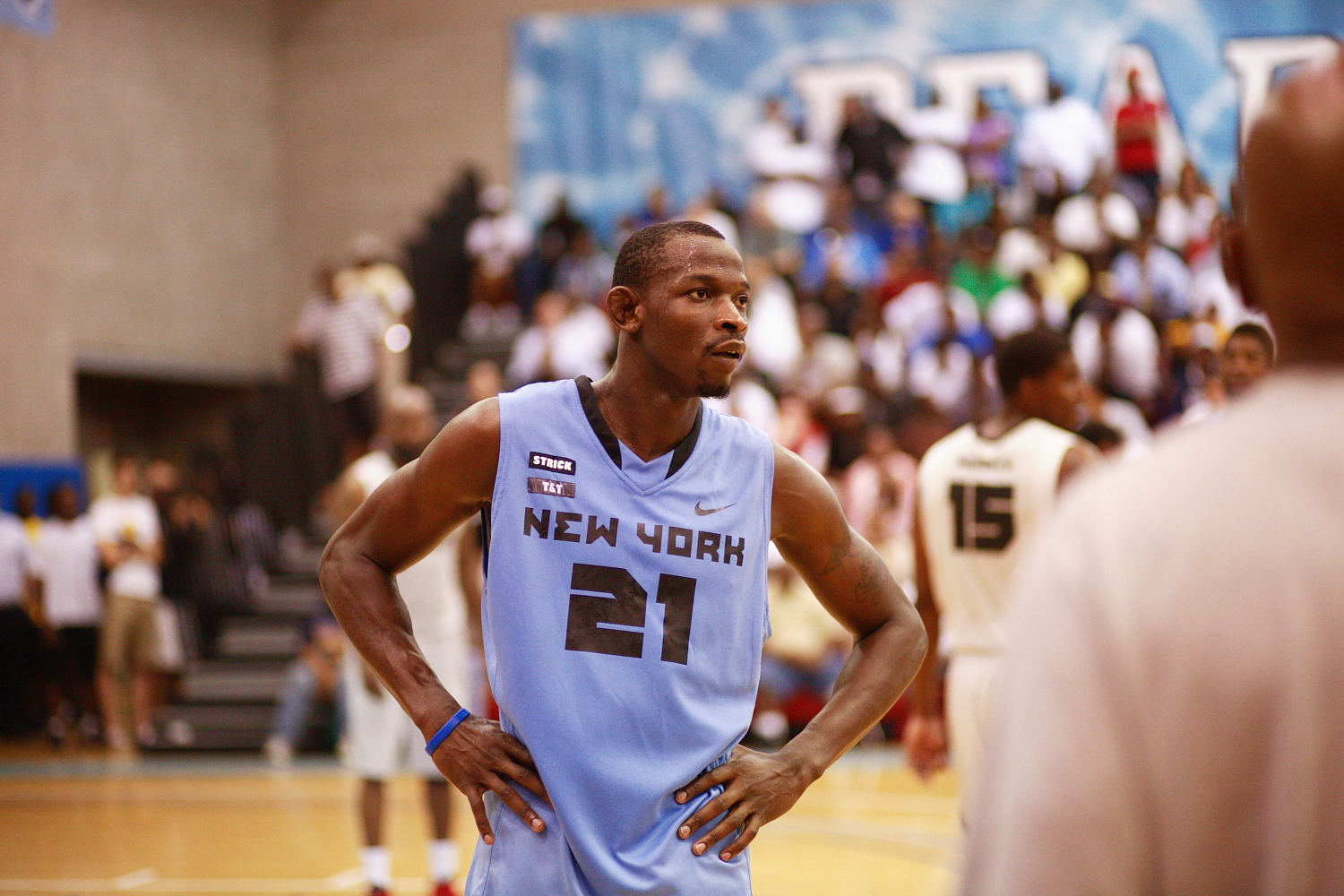 NEW YORK — Just before the 60th, and final, pick in last month’s NBA Draft the Atlanta Hawks called Seth Cohen, the agent for Seton Hall shooting guard Jeremy Hazell. After going undrafted, the 6-foot-5 Hazell excelled at the Hawks’ free agent camp, but then came the lockout on July 1. Now, with no chance to prove himself in the cancelled NBA summer league and no end to the lockout in sight, Hazell is one of several Big East standouts who will head overseas. Cohen says Hazell will play in either Israel, Italy or Spain and will depart later this summer to earn as much as $100,000 as a rookie. “He played really well [at the Hawks camp],” Cohen said Tuesday night after Hazell scored 20 points on 8 of 21 shooting to help the Uptowners beat the X-Men, 116-113, in the Nike Pro City league at Baruch College. “Without a lockout this year, Jeremy would have killed it at summer league and veteran camp and played his way into the league — no ifs, ands or buts.” Nets point guard Deron Williams last week officially joined the Turkish club Besiktas, becoming the highest-profile NBA player ever to head to Europe in his prime. Kevin Durant, Chris Paul and Dwight Howard have all reportedly expressed an interest in exploring European options, too. While those players are genuine NBA superstars who probably don’t need the money, Hazell and other recent Big East graduates are looking for a paycheck to earn a living. Ben Hansbrough, the Big East Player of the Year, and his Notre Dame teammate Tyrone Nash have both signed on to play in Germany, as has Pittsburgh forward Gilbert Brown. Syracuse forward Rick Jackson, a second-team All-Big East selection, will play in France. Rutgers forward Jonathan Mitchell is also close to signing a deal to play in France, his brother, Herb, said. Some of these players had the opportunity to work out for NBA teams and potentially play their way onto a roster, but because of the lockout they won’t get that chance. Overseas is their only option. “I don’t think they have a choice,” said veteran NBA agent Mark Bartelstein, who represents 2011 NBA Draft picks Reggie Jackson, Chandler Parsons, E’Twaun Moore and Jon Leuer. “The NBA has locked out the players. They have made it very clear that they really have no interest in making a deal, unless they get everything that they want, which is not going to happen. So the Players’ Association tried really hard to make a deal prior to July 1; they got pretty much laughed at by the league. “So, what are you left with?” Bartelstein added that “all of our guys are looking at” going overseas. “We’re in talks with all of them,” Bartelstein said. “We got a couple leagues we’re looking at seriously as we speak. We’ll just take it a day at a time, really.” Hazell averaged 20.4 points last season at Seton Hall, but missed 13 games with a broken wrist and was also the victim of a shooting during a botched robbery attempt on Christmas Day. Now fully recovered, he’s playing in the Nike league and anxiously waiting to see where he’ll end up overseas. “By the end of July, beginning of August, I should know where I should be going,” Hazell said. Still, the plan is for him is to just spend one season abroad and then hopefully join the NBA for the 2012-13 season. “Jeremy’s going to play in the league,” Cohen said. “Now, because of the lockout he’s going to go overseas. We’ll only do a one-year contract.” Added Hazell: “I’m going to try to spend a year overseas, do what I’ve got to do and get my stats up and then come back next year and try to find a team.” (Photo courtesy Rafael Roy, Bounce Magazine)