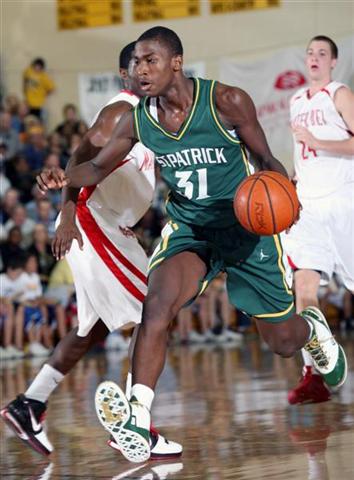 Kentucky freshman Michael Gilchrist has changed his name. The former St. Patrick High School star will now be known as Mike Kidd-Gilchrist. “That’s the name that will be on his jersey next year,” his mother, Cindy Richardson, said by phone. The name change was made in honor of his deceased father, Michael Gilchrist Sr., who was killed in 1996, and his uncle, Darrin Kidd, who passed away last November. Gilchrist, who competed at the LeBron James Skills Academy, Tweeted: “Im Happy! Just got cleared my name is Mike Kidd-Gilchrist repping my Father & My uncle.”