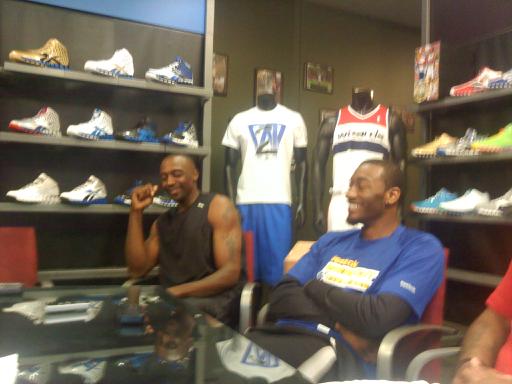 PHILLY — Jason Terry has an answer for LeBron James’ most controversial comment of the NBA Finals. “Well, my normal little life just got a little bigger, so I thank him for that,” the Dallas Mavericks guard said Wednesday at the Reebok Breakout Challenge at Philadelphia University. Terry was responding to James’ controversial comment after the Mavericks beat the Miami Heat in six games to win the NBA title. “All the people that was rooting on me to fail, at the end of the day they have to wake up tomorrow and have the same life that they had before they woke up today,” James said then. “They have the same personal problems they had today.” Much was made of the Heat having three superstars in James, Dwyane Wade and Chris Bosh, yet the Mavs proved they could win a crown with just one superstar in Dirk Nowitzki. “Basketball’s a team sport,” said Terry, who averaged 17.5 points per game in the playoffs and shot over 44 percent from three-point range. “When you out in competition, it takes five guys on the court at a time. They had three great players. They just needed a little more help. We had about nine or 10 exceptional players that played well. We maximized our individual talent within a team concept and that’s why we’re the NBA champions.” Terry spoke to the media alongside fellow NBA players Jameer Nelson and John Wall, who is hosting the camp. The players were told they couldn’t answer any questions about the NBA lockout, but said they planned to continue to work out this summer in order to be ready for the return of the NBA. “Like Jason and Jameer said, we’re just going to try to work out,” Wall said. “And this was my first year so I really learned a lot, really understand what the NBA game is about. What I need to work on and things to develop and get better. “I’m playing in a couple summer leagues here and there and just have fun, but mostly I’m trying to get better and watch as much film as I can.” Wall and Terry also verbally jousted about which of their alma maters deserved the moniker “Point Guard U.” “I think Kentucky is ‘Point Guard U’ now,” Wall said. “Definitely the new breed,” Terry said. “I’ll have to give you that.”