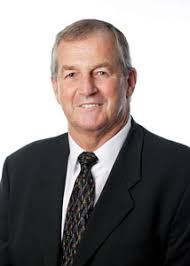 Jeff Calhoun believes his father, Jim, will be on the sidelines at UConn next season. “I don’t see him not coming back,” Jeff told SNY.tv by phone Tuesday. “Nothing’s changed. He’s as hungry as he always has been. He seems very energized with the new president. I know he’s very happy with her so I continue to say I don’t see him not coming back.” Still, Jeff said his father hasn’t yet had a long vacation to process his future plans. “We went for a long, five-day golf trip,” Jeff said. As first reported by SNY.tv, 2011 UConn commit DeAndre Daniels said Calhoun told him he would be coaching next season. Calhoun will have to serve a three-game suspension during the Big East season because of recruiting violations. “[Calhoun said] I don’t have to worry about him not being there,” Daniels said earlier this month. “He said he’ll be there.” The 69-year-old Calhoun won his third NCAA championship against Butler in April, becoming just the fifth man to win three or more championships. “I take him at his word that he’s taking his time to consider it,” Jeff said. “Nothing I’ve seen leads me to believe that he’s not coming back.”