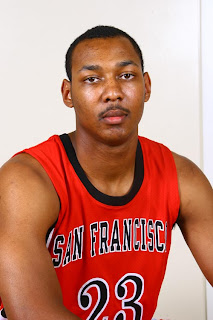 WASHINGTON, D.C. — It may be the middle of March Madness, but that hasn’t stopped the Hurley brothers from recruiting to Wagner College.

As first reported on my Twitter, Jonathon Williams, a 6-foot-5, 220-pound wing from City College of San Francisco, verbally committed to the Staten Island school and will have two years of Division 1 eligibility left.

Williams also had offers from Seattle University, Jackson State and Idaho but chose the Staten Island school because of his familiarity with Wagner coach Dan Hurley. Williams first met Hurley at a basketball camp in the Poconos during his junior year at Kennedy High School in Richmond, Calif.

WASHINGTON, D.C. — When Mick Cronin got the Cincinnati job in early 2006,  one of the first things he did was to approach two of the top high school coaches in the New York area.

“I went to Danny Hurley at St. Benedict’s and Moe Hicks at Rice High School, two of the best coaches in the country, but two of the winningest programs in high school basketball on the East Coast,” Cronin recalled as No 6 Cincinnati is set to face No. 3 UConn in a third-round West Regional game here.

WASHINGTON, D.C. –– If Duke wasn’t the favorite to win back-to-back NCAA championships before the Big Dance began, they should be now.

That’s because freshman guard Kyrie Irving made his triumphant return Friday, scoring 14 points and dishing four assists as No. 1 Duke routed No. 16 Hampton, 87-45, in a second-round West Regional game in Charlotte, N.C.

“I haven’t played in three months, so this game was really nerve-racking,” Irving said. “But once I got the butterflies out, I started to play really well.”

The Cincinnati head coach needed a new assistant because Tony Stubblefield was leaving for a larger salary and greener pastures at Oregon.

“I was going to Fairleigh Dickinson. I was going to be Greg Vetrone’s assistant,” Savino, 39, said Friday as No. 6 Cincinnati (26-8) was preparing to meet Big East rival and No. 3 UConn (27-9) in a West Regional third-round game here.

Kemba Walker Was Almost a Bearcat

But had things gone differently, he might have ended up in a Bearcats shirt.

“If UConn didn’t come in it would’ve most likely have been Cincinnati,” Walker said Friday. “It was pretty close.

// Check out this interview I

WASHINGTON, D.C. — God’s Gift is in the Final Four.

The 6-foot-8 power forward from Erie County Community College scored in the paint with 9 seconds remaining to give his team a 76-75 victory Thursday night over Louisburg (N.C.) in Danville, Ill.

The Kats will face defending champion Lincoln (Ill.) at 9 p.m. Friday in the semifinals.