WASHINGTON, D.C. — When Mick Cronin got the Cincinnati job in early 2006,  one of the first things he did was to approach two of the top high school coaches in the New York area. “I went to Danny Hurley at St. Benedict’s and Moe Hicks at Rice High School, two of the best coaches in the country, but two of the winningest programs in high school basketball on the East Coast,” Cronin recalled as No 6 Cincinnati is set to face No. 3 UConn in a third-round West Regional game here. “And I said, ‘Look, I gotta rebuild this program and I know I’m not getting your best player. But I want a player. I need a player. I need a guy from St. Benedict’s. I need a Rice Raider.'”
Cronin, along with UConn coach Jim Calhoun and Pittsburgh coach Jamie Dixon, have long targeted New York and New Jersey kids from elite programs because they know how to win and because they bring an unquantifiable amount of toughness. “Yeah, I guess you could say it makes us tough,” said Walker, who led UConn to the Big East tournament title last week by winning five games in five days. “Growing up [in New York City], you usually play against older guys, playing in the streets. So it makes you more mentally tough than anything. That’s one of the positives that you definitely get out of playing street ball.” Said Cronin: “With the New York guys and the North Jersey guys, to win in the Big East, you gotta have toughness. And the one thing about all the kids from the metropolitan area is they’ve grown up playing against good players and the competitive nature of basketball. So it’s similar to the Big East. They’re used to playing tough games, physical games against really good players. That’s just a way of life for them. “You recruit a guy that maybe has talent but he hasn’t really had to compete like that, it could take him two years to adjust to Big East basketball, where kids from the metropolitan area, the competitiveness of the Big East is second nature to them.” Of the four teams remaining here, three are from the Big East. And the rosters of those three teams are dotted with guys from New York and New Jersey. UConn has Walker from The Bronx. Cincinnati features Bishop and Sean Kilpatrick of White Plains. Last year the Bearcats had Brooklyn’s Lance Stephenson, who, in turn, inspired guys like Jermaine Sanders of Rice and Shaquille Thomas of Montclair, N.J., to commit to Cincinnati for 2011. 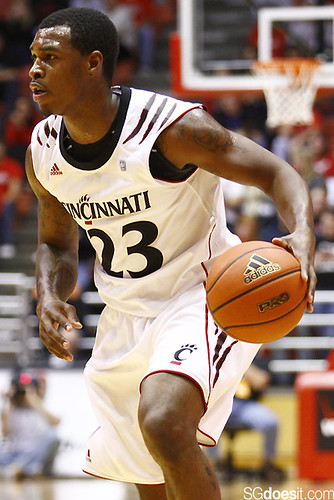 “I was actually here before Lance but then he winded up coming,” said Kilpatrick, who scored 10 points in the Bearcats’ 78-63 win over Missouri Thursday. “It did actually open a lot more things with Shaq coming here now and Jermaine Sanders coming, so it should be a lot more fun with more New York people in the Big East.” Dixon and his staff, including former Seton Hall Prep standout Brandin Knight, have long recruited New York and New Jersey. And their current roster reflects it. Ashton Gibbs, who dropped a game-best 26 points in Pitt’s 74-51 win over UNC-Asheville Thursday, played at Seton Hall Prep in New Jersey. Travon Woodall was born in Brooklyn, grew up in Paterson and played for Bob Hurley at St. Anthony. And forward Dante Taylor is from Greenburgh, N.Y. 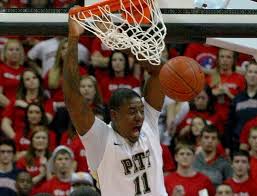 Taylor has played summer ball with Kilpatrick and knows Walker from Rucker Park. Together, he says, they share a toughness that not all players possess. “We always had a lot of tough guys that come out of the area growing up in the city,” Taylor said. “You definitely grow up around a lot of tough stuff so that prepares you to be a tough person and be prepared for life. Growing up where we grew up at definitely prepared us for the Big East and I think that’s why we all chose the Big East.” RELATED CONTENT **Garden State guards plentiful in NCAA Tournament **Cronin, Savino ‘winning’ at Cincinnati **Kemba Walker was almost a Bearcat