It seems that waiting until the spring to sign may turn out well for Elijah Carter.

The New Jersey native and Brewster (N.H.) Academy guard opted not to sign in the fall and recently added offers from Virginia Tech, Oklahoma, TCU, South Florida and Iowa, according to his AAU coach, Eric Harrield.

Virginia Tech coach Seth Greenberg was at Brewster last Thursday.  A Butler assistant was there Friday. And South Florida coach Stan Heath was there Monday.

Sherron Collins to the D-League 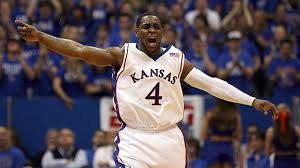 The assignment marks the 17th time in the 2010-11 season an NBA player has been assigned to an NBA D-League affiliate.

NEW YORK — Amar’e Stoudemire and Raymond Felton may be thriving amidst the Knicks’ sudden resurgence, but Mike D’Antoni’s bench is not.

In Wednesday’s thrilling 113-110 victory over the visiting Raptors at Madison Square Garden, New York’s sixth straight and 11th in 12 games, the starters scored all but eight Knick points.

Stoudemire powered his way to his sixth straight 30-point outing and scored 18 of his team-high 34 in the fourth quarter. Felton put up 28 points and 11 assists, including the game-winning 3-pointer that hit the rim five times before falling through with 2.7 seconds left.

“Kyrie’s injury is a serious one,” said Krzyzewski, who moved into third place on the all-time wins list behind Bob Knight and Dean Smith after Duke’s 83-48 win over Bradley Wednesday night.

“It’s being evaluated by our medical team here at Duke and with medical people from different parts of the country who are experts in foot injuries. Some type of analysis should be done hopefully by a week to 10 days and a course of action will be taken based on that analysis.

Knicks’ Williams Getting it Together; Walker to Make D-League Debut 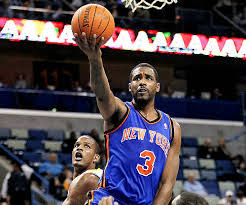 NEW YORK — Shawne Williams was the 15th man on the Knicks roster out of training camp.

After sitting for most of the early portion of the season, the 6-foot-9 former Memphis star has now become a go-to guy for head coach Mike D’Antoni, especially in the fourth quarter.

Williams is averaging 13.3 points in his last three games and is 10 of 12 from beyond the arc.

“For him to go to me in the fourth quarter on defense, that’s great,” Williams said before the Knicks beat the Raptors 113-110 Wednesday night at MSG. “That lets me know he’s got a lot of confidence in me and I appreciate that.”

Duke announced Wednesday that freshman Kyrie Irving of West Orange, N.J. is out indefinitely after suffering a toe injury on his right foot in last Saturday’s win over Butler. No timetable has been set for his return as Irving will undergo rest and rehabilitation while recovering from the injury.

“Kyrie is going to miss an undetermined amount of time with the toe injury,” said head coach Mike Krzyzewski, whose team hosts Bradley Wednesday night on ESPN2. “Our medical staff will continue to monitor the recovery process and he will return to action once it has sufficiently healed. Kyrie is an outstanding player and we are confident that he will bounce back from this setback.”

Austin Rivers will play at Madison Square Garden in his first season at Duke when the Blue Devils face Michigan State Nov. 15, 2011 in the inaugural “Champions Classic.”

ESPN announced the launch next year of the three-year men’s college basketball event featuring Duke, Kansas, Kentucky and Michigan State – four of the sport’s winningest programs – playing each other from a different neutral site location each year.