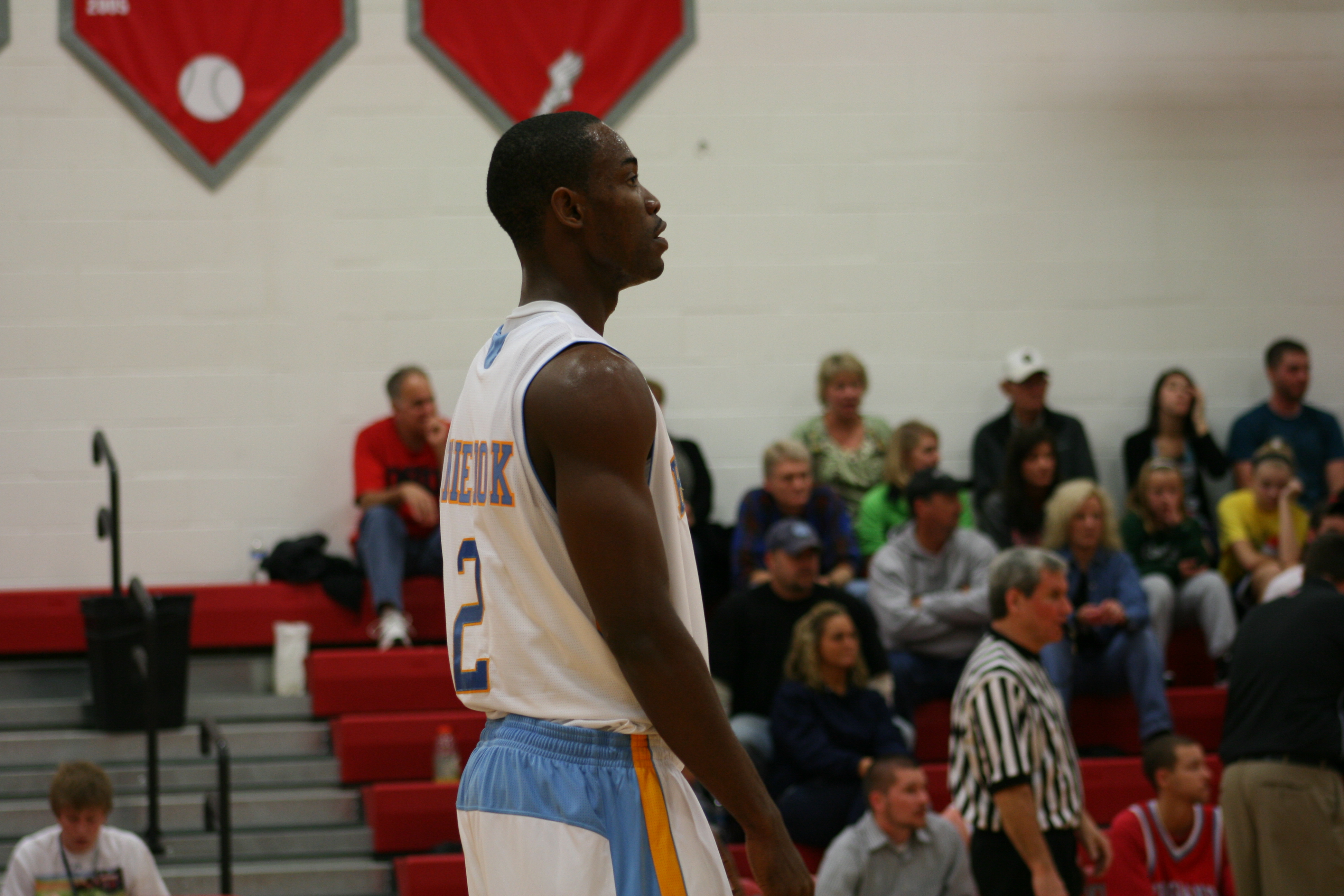 Maurice Aniefiok, one of the top uncommitted guards in the country, is planning some upcoming visits, including a trip to Arizona State later this month. Joe Boncore, Aniefiok’s mentor, would like the 6-foot-5, 210-pound combo guard to visit Tempe sometime between Dec. 23-29, when Huntington (West Va.) Prep has no games scheduled. “That’s the week he can visit,” Boncore said. “We want him to take visits.” Huntington coach Rob Fulford said no visits were planned yet. “I understand the need to take official visits and obviously we want Maurice to see different setups, but I don’t agree with him taking official visits to schools that haven’t been in to see him yet,” Fulford said. “They haven’t earned an official visit. He plans on taking all five officials, but there is not rush. He will be signing late anyway.” Still, Boncore said the visit to ASU was in the works and that Oregon, UCLA, West Virginia and Notre Dame are also involved. He said Notre Dame was due to visit “next week” and that a trip to Notre Dame was in the works for “maybe the first week of January.” Aniefiok has already visited West Virginia, while UCLA is “waiting for transcripts to be cleared by their compliance office,” Boncore said. Born in Lagos, Nigeria, Aniefiok has only been in the U.S. for three months. “He’s a scorer,” Fulford said recently. “He’s physical, he can score. He really can shoot it and defend. He’s a big kid, physically imposing right now.” In a phone interview, Aniefiok said Dwyane Wade was his role model. “I play combo guard,” he said. “I can push the ball, play off the ball and post a small guy up.” He said he was still growing accustomed to the American style of ball and just wants to get better. “When I came here, basketball is different from what we have back home,” he said, adding that he wants to “learn more, get better, learn more skills.” Aniefiok said he wasn’t thinking much about colleges just yet. “I’m not really concentrating on that,” he said. “I’m just focusing on learning the game more.” FREE THROWS Negus Webster-Chan, Darrick Wood and Stefan Jankovic of Huntington Prep are taking an unofficial to Louisville today (Saturday)…Boncore said 6-11, 240 pound sophomore Emmanuel Ndumanya is now at Junipero Serra High in Los Angeles and visits Maryland unofficially Dec. 29. for the North Florida game.