Graham and Smith train together in North Carolina during the offseason and Smith’s mother recently became the legal guardian for Torian Graham, Tyree’s younger brother.

So, what is Rutgers getting in the 6-foot-2 JUCO guard?

“They’re going to get an explosive scorer and a competitor,” Smith said last week while training with a college select team against Team USA. “I worked out with him when he’s down in Durham (N.C.) and he stays with me. We’re waking up early in the morning, getting shots in the gym, going running. He’s a competitor and he wants to be good.

After taking an unofficial visit to St. John’s Thursday, St. Anthony junior Kyle Anderson, the No. 1 point guard in the Class of 2012, is now considering the Queens school.

“The visit went well,” Kyle Anderson Sr. said. “The whole staff gave a view of where the program is headed and the contributions Kyle could make. They talked about the talented players from the 2011 class that they were involved with and the timetable when St. John’s can be back in the upper echelon of the Big East.

“Kyle came away with a different view of St. John’s and its staff. If things hold true to what we discussed, St. John’s would be in the thick of Kyle’s recruitment.” 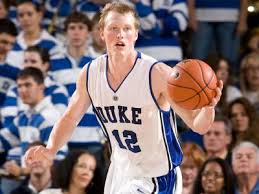 NEW YORK — Kyle Singler and Nolan Smith didn’t sit back and relax after winning an NCAA championship with Duke in April.

The duo spent part of the summer training with a select team of college students against Team USA in Las Vegas and New York.

“Nolan has been great through Vegas and here because he can play both spots, one and two. Kyle has been our best shooter, and in terms of using screens and getting shots off. And he rebounds well.”

“Golden Hoops was a tournament I looked forward to playing in every summer,” Anderson said. “It brought together all the best players from the New York City metropolitan area for a great competition in a great atmosphere. I am excited Golden Hoops is coming back and I look forward to being a part of it this summer as an Honorary Coach.”

Findlay Prep to Return in 2010

Findlay Prep will remain associated with The Henderson International School in Las Vegas and will seek its third straight high school national championship in the 2010-11 season.

“We were able to work it out most recently,” Findlay Prep coach Michael Peck said Wednesday night. “We’re staying right where we are under Henderson International on our same campus. We were fortunate enough that we’re going to fall under the same umbrella. It made it a lot easier and a lot nicer for us, obviously.”

Henderson announced in February that it would shut down its high school programs due to financial difficulties, casting doubt on the future of the national powerhouse basketball team.

“I just felt like it was the right pick for me,” Johnson said by text. “I had the best relationship with the coaches there. And I feel with the players and staff there they can develop me the best and get me to the NBA.”

An Arizona native, Johnson averaged 14.2 points and 3.6 assists last year at Findlay, which won its second straight ESPN Rise National High School Invitational. He is ranked the No. 13 shooting guard in the Class of 2011, but can play both guard positions well.

Throughout his Hall of Fame tennis career,