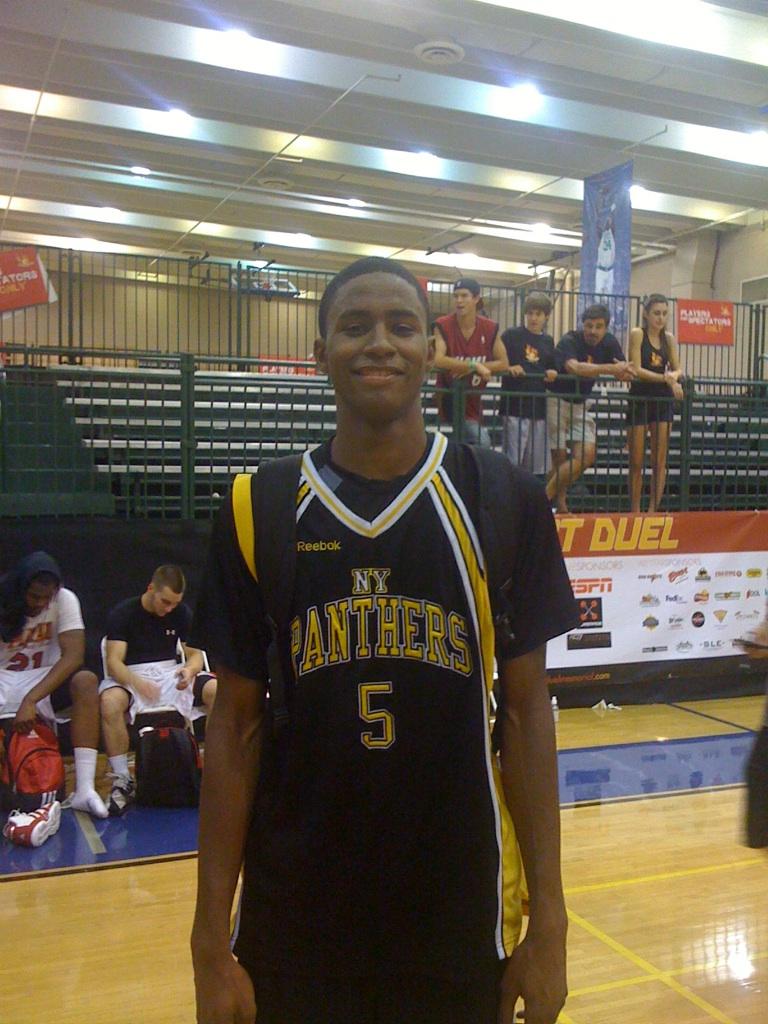 After the Boo Williams tournament in April, Maurice Harkless read Internet reports “that were badmouthing me, talking about [how] I didn’t play hard or with a motor.” So when the 6-foot-8 Harkless left his Queens home in early July, he had a mission in mind. “Yes, because a lot of people say I don’t play hard and I felt like I was underrated, so I just had to go out there and show everybody that I’m better than what they thought I was,” Harkless said Saturday by phone from the Summer Classic at Fordham. Consider the mission accomplished. Harkless was invited to the LeBron James Skills Academy but instead was named the Most Outstanding Player at the Hoop Group Elite Camp in Reading, Pa., in early July. He led the New York Panthers to the semifinals of the Fab 48 event in Las Vegas and was named to the All-Tournament team. And he finished up his tremendous tour by helping the Panthers win the Desert Duel event in Arizona, beating out Tony Wroten, Quinn Cook,Wayne Blackshear and Naadir Tharpe for MVP honors. “I can’t see why he isn’t a Top 20 kid nationally after this summer,” said Nate Blue, Harkless’ mentor. “He lost one game in the month of July, when everything counted. He’s proven that he’s one of the better players in the country. If they put him up there, it’s fine. If not, he’s still proved it anyway.” Whether the rankings reflect his play or not, the coaches comprehend what he’s done. Roy Williams, Bill Self, Gary Williams, Mick Cronin, Steve Lavin, Billy Donovan, Kevin Willard, Josh Pastner and Mike Rice all attended his games on the West Coast. “I really didn’t pay attention to the coaches that were watching while I was playing, but I saw a bunch of coaches there that I was kind of surprised to see,” he said. Like who? “Roy Williams was at one of the games in Vegas, Billy Donovan was at a game. I saw a couple coaches from Kansas at a couple of my games.” After being out on the road virtually all month, Harkless plans to consult with Blue and his family before cutting his list in the next week or so. “I’m probably going to cut it down soon, five, six or seven, something like that,” he said. Harkless previously decommitted from UConn. Asked if the Huskies would remain on the list, Harkless said, “I’m not sure.” Blue added: “I’m 100 percent sure they [UConn] will still be on the list.” Blue said he wasn’t certain if Harkless would take an official to UConn, but said he would at least take unofficials to UConn, St. John’s, Georgetown and Maryland. Harkless will play with Queens in the “Battle of the Boroughs” Aug. 13-14 at Rucker Park as part of the World Basketball Festival. Kimani Young of New Heights will lead a 10-man All-Star team from that event to Turkey Aug. 22-27, but Blue said Harkless will not travel overseas. Instead, he’ll focus on taking his visits and preparing to head to South Kent (Conn.) in September. There he will join fellow forwards Kadeem Jack and Derrick Randall on what should be a loaded team for head coach Kelvin Jefferson. “Me and Derrick were on the same team at Hoop Group so we kind developed a bond after that week,” Harkless said. “Me and Kadeem, we always been friends so I’m kind of looking forward to it.” And a lot of coaches are looking forward to recruiting Harkless, too. Follow Adam Zagoria on Twitter