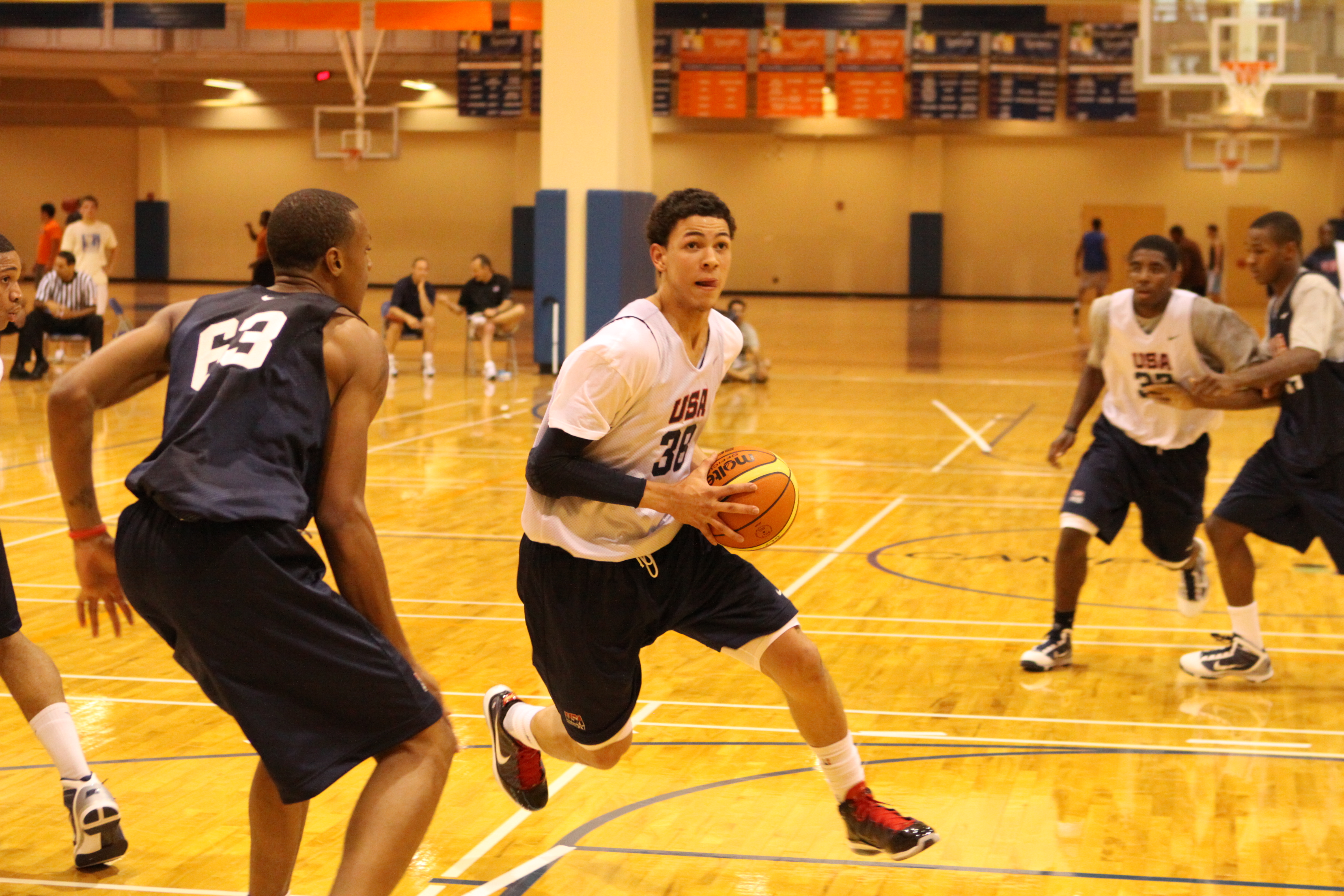 Few people in the country will be as nervous for Game 7 of the NBA Finals as Austin Rivers. “Oh yes, I’m nervous more than excited,” Rivers, the son of Celtics coach Doc Rivers, said by phone from San Antonio, where he is training with the USA U18 team. “I’ll be real nervous. It’s more than just a game for me, it’s part of my family.” Rivers and his U18 teammates will watch the game on a big screen TV in the dorms, with Austin sweating it out as the Celtics try to win their second title in three seasons without injured big man Kendrick Perkins. The 6-foot-3, 175-pound Rivers was named to the 12-man team that will compete in the 2010 FIBA Americas U18 Championship for Men June 26-30 in San Antonio. “I’m real excited,” he said. “It’s an honor to be here and an honor to play and represent my country. I’m excited to go against other countries and see where we’re at.” Rivers said his confidence is up playing for head coach Jeff Capel, the Oklahoma coach. “My confidence has gotten stronger, I’m running a team a little more,” he said. “Coach Capel has my confidence up. It’s fun playing with these players for real. I’m having a lot of fun.” As far as recruiting, Rivers said he’s considering Duke, North Carolina and Florida as his top three. “North Carolina, Florida and Duke, those are the only three,” he said. Rivers said he might try and visit Kentucky and Kansas at some point, but those schools aren’t among his top options. “Maybe,” he said. “I’m thinking about taking a visit out there just because of the success of those programs and it’s only fair to look at those schools, but right now it’s those three I named.” Rivers is surrounded by other players who have committed and they’re all trying to work their magic on him. “Kyrie [Irving]’s trying to get me to go Duke,” Rivers said. “Vander [Blue] is trying to get me to go to Marquette. Patric [Young] is trying to get me to go down to Florida. “Everybody had their own little thing.” As for when he’ll decide, Rivers said, “I’ll make that decision when it’s the right time.” In the meantime, he’ll have to sweat out a tense Game 7 watching his father pace the sidelines. RELATED CONTENT **USA U18 team finalized **Quincy Miller keeping options open **LeBryan Nash has a top five (Photo courtesy Steven Maikoski/ USA Basketball) Follow Adam Zagoria on Twitter