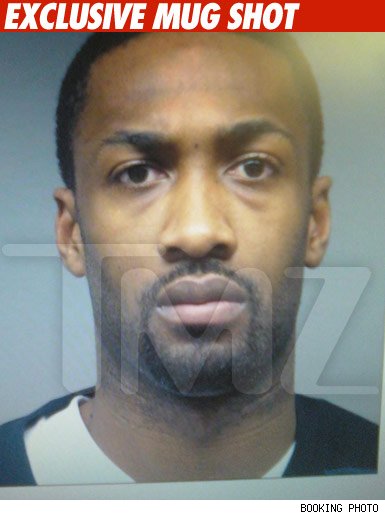 NBA commissioner David Stern suspended Wizards guards Gilbert Arenas and Javaris Crittenton without pay for the rest of the season after both players brought guns into the Verizon Center during a Dec. 21 incident. Arenas will end up serving a 50-game suspension. Crittenton has missed most of the season with a foot injury. Here is Stern’s statement: “The NBA has conducted a thorough investigation of events relating to this matter. “It is not disputed that, following an argument on the team’s flight home from a game in Phoenix, both Mr. Arenas and Mr. Crittenton brought guns to the Verizon Center locker room and – with other players and team personnel present or nearby – displayed them to one another in a continuation of their dispute.   The players engaged in this conduct despite a specific rule set forth in the collective bargaining agreement between the NBA and the Players Association prohibiting players from possessing a weapon at an NBA facility, and reminders of this prohibition given annually by the NBA to players both in writing and in person.

“The issue here is not about the legal ownership and possession of guns, either in one’s home or elsewhere.  It is about possession of guns in the NBA workplace, which will not be tolerated. “I have met separately with Mr. Arenas and with Mr. Crittenton.  Both have expressed remorse for their actions and an understanding of the seriousness of their transgressions.  Both have volunteered to engage in community service in order to turn the lessons they have learned into an educational message for others.  I accept fully the sincerity of their expressions of regret and intent to create something positive from this incident. “Nevertheless, there is no justification for their conduct.  Accordingly, I am today converting Mr. Arenas’ indefinite suspension without pay to a suspension without pay for the remainder of the 2009-10 season, and am also suspending Mr. Crittenton without pay, effective immediately, for the remainder of the 2009-10 season.” Arenas was sentenced to a year of unsupervised probation after pleading guilty Monday to a misdemeanor gun charge. Arenas pleaded guilty Jan. 15 to a felony gun charge after an alleged confrontation with Crittenton in the Wizards’ locker room at Verizon Center in Washington. Arenas, who is in the second season of a six-year, $111 million contract, is scheduled to be sentenced March 26. He could face up to six months in prison. TMZ obtained his mug shot (seen above). Follow Adam Zagoria on Twitter.