Gaston Playing With ‘Something to Prove’; Seton Hall’s Jackson Drops 40 on VMI 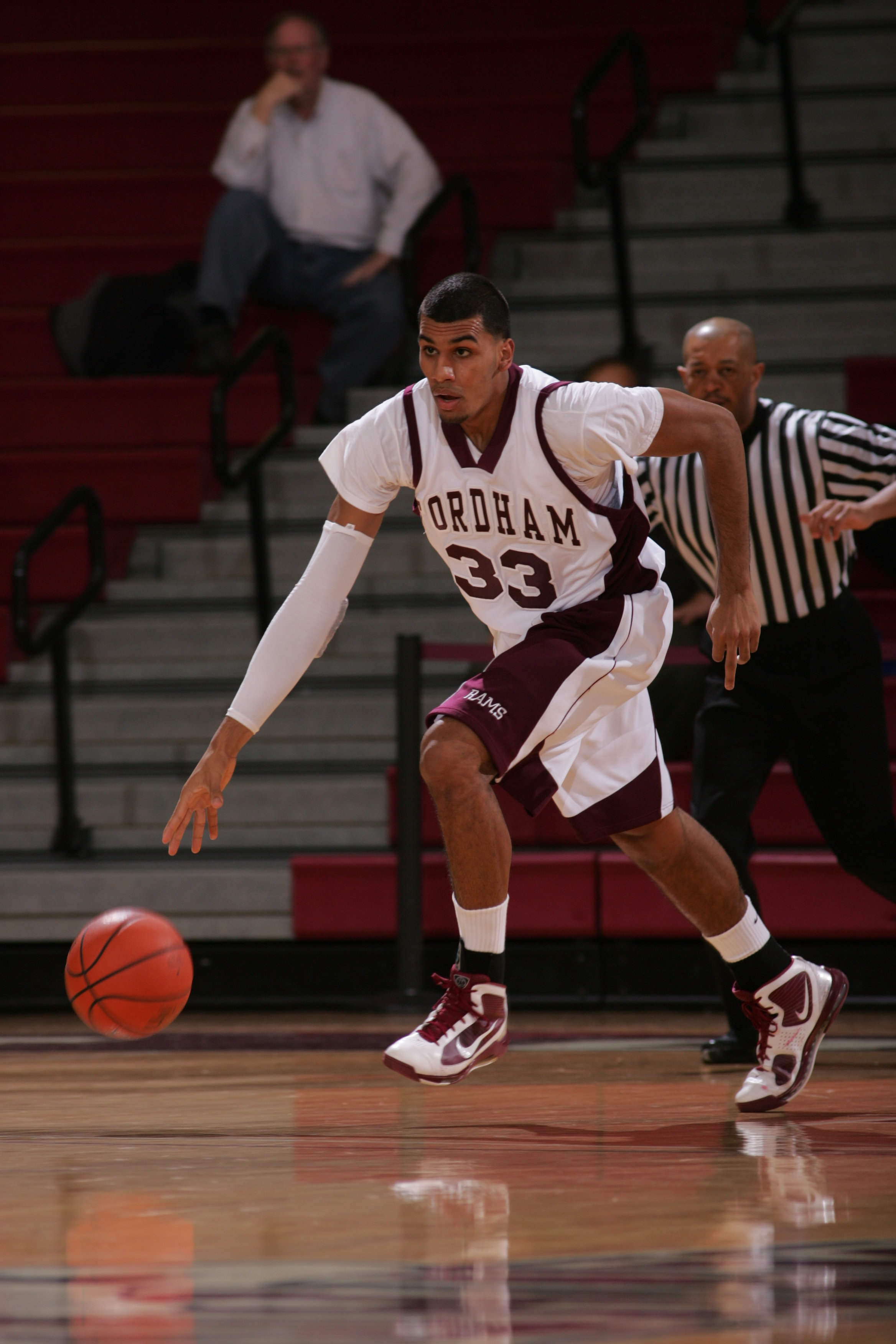 Editor’s Note: On the same day he was named Atlantic 10 Rookie of the week, Chris Gaston poured in a career-high 32 points and grabbed 15 boards Sunday as Fordham lost to St. John’s, 73-56, at Carnesecca Arena. Here’s my story on him from Saturday… Three years ago, St. Anthony coach Bob Hurley had a team that included Mike Rosario, Tyshawn Taylor and Dominic Cheek. And none of them was his best player. No, the top player on the 2006-07 Friars was forward Chris Gaston. “When he was a senior and Mike and all those guys were all juniors he statistically was our best player,” Hurley said. “He was right near the high scorer. He led us in rebounding by a large margin. He led us in blocked shots by a large margin. He was way up there in steals and deflections. He had great versatility even then when he was just starting to grow into his body.” Three years later, the 6-foot-7, 225-pound Gaston — a Palisades Park, N.J., native — is leading his college team in a slew of statistical categories, too. Seven games into Fordham’s season, Gaston leads the Rams in scoring (17.3 ppg), rebounding (11.6) and blocks (2.7). 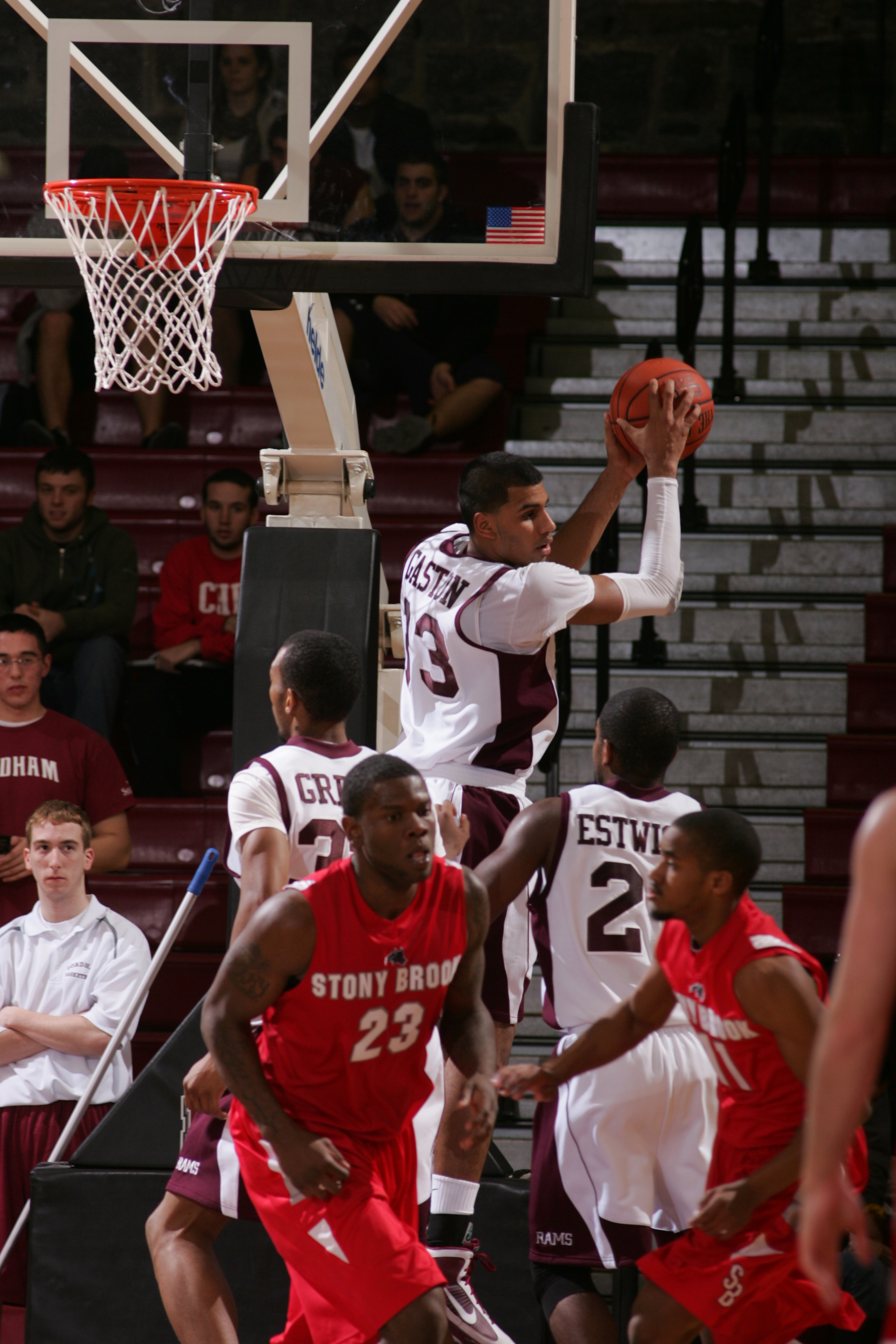 In Tuesday’s 93-77 win over Stony Brook, Gaston went for 25 points, 11 boards and 2 blocks, giving him six double-doubles in seven games. “He can score the ball. He’s a great rebounder. He can block shots. He can handle it. He’s a tough matchup at any position,” Fordham interim head coach Jared Grasso said. With the Rams set to face a pair of Big East teams in its next two games — St. John’s on Sunday at Carnesecca Arena and No. 3 Villanova on Saturday at the Izod Center — Gaston is anxious to prove that he can play against the big boys. “Yeah, that’s what I do every game,” Gaston said. “That’s my mindset. Every team that never wanted to hep me out, I just want to take it out on them.” Added Grasso: “He has something to prove and he has a chip on his shoulder and that’s the way he’s played from Day One.” Gaston owns the rare distinction of having played for both Bob and Dan Hurley at St. Anthony and St. Benedict’s Prep, respectively. He also spent a prep year at New Hampton Prep in New Hampshire. Perhaps because he was out of sight and also managing academic issues, Gaston was not highly recruited. 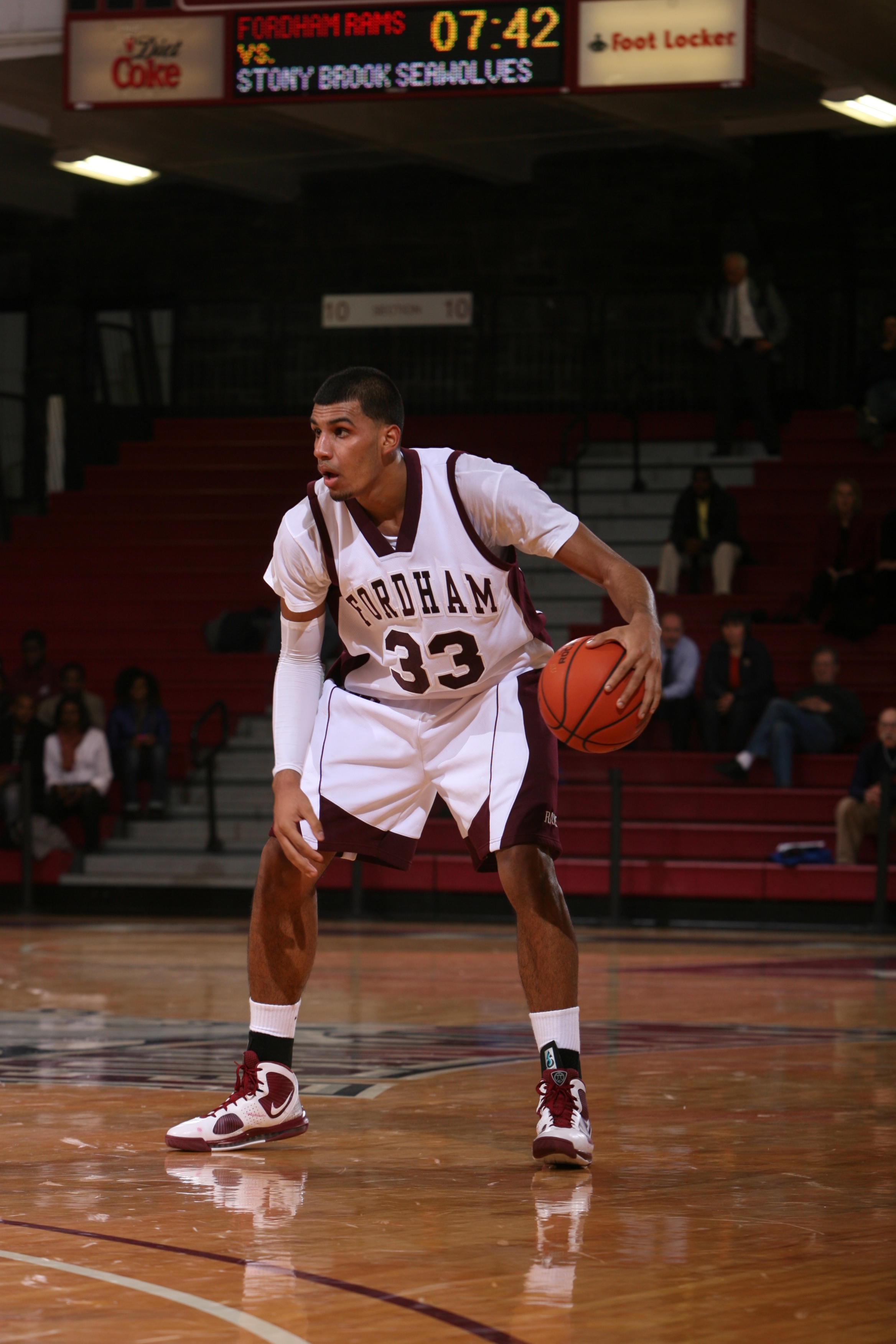 Hurley believes he could easily play at the Big East level, but Grasso, then an assistant under former coach Dereck Whittenburg, got on him early and stayed with him. Grasso’s aggressiveness, combined with the fact that Gaston’s friend, former St. Anthony point guard Jio Fontan, had committed to Fordham, helped make Gaston a Ram. “Yeah, I think I could’ve played in the Big East, but Coach Grasso and Jio took a chance,” Gaston said. “He [Grasso] made it happen.” Said Bob Hurley: “Jared had done such a great job that they weren’t exploring anything other than going to Fordham.” Fontan has now left the school after being granted a conditional release. He is visiting Miami this weekend and will hit USC next. Still, Gaston and Alberto Estwick, another former St. Anthony player now on the Rams, must soldier on without him. “I think it’s his decision whether he wants to leave,” Gaston said of Fontan. “I’m gonna let him do what’s right for him. I’m gonna support him.” Fontan’s departure helped lead to the firing of Whittenburg and the installment of Grasso as the interim coach. That’s nothing new for Gaston, though. He played for three coaches in high school and is now on his second college coach of his freshman season. “I think everybodys handling it pretty well,” Gaston said of the coaching change. “We’re just gonna keep playing. It doesn’t matter who the coach is. We’re just gonna keep playing.” The rumor mill is rolling with potential coaches who might get the job on a full-time basis next year, including Robert Morris head coach Mike Rice, Louisville assistant STeve Masiello and St. John’s assistant Fred Quartlebaum. Yet Gaston has a longstanding friendship with Grasso — who has landed two commitments since being named the interim coach — and would like to help him get the interim tag removed. “He’s a good friend of mine, me and Coach Grasso,” Gaston said. “I would do anything to try to get him to stay the head coach here. And if it’s playing hard and getting buckets and winning games. I’ll do that for them.” Grasso also has the support of Bob Hurley. “Of the assistants in the last three years I’ve been in contact with,  he was by far the hardest working assistant coach I’ve come across,” Hurley said. “He’s enthusiastic and confident. His dad being a coach, I’m sure a lot of those conversations around the dinner table were about how to coach a team.”   As for Gaston’s immediate future, Hurley believes his former star can continue to climb to new heights in college. “It wouldn’t surprise me if he’s the Newcomer of the Year in the A-10,” Hurley said. “I can see him being an all A-10 player with the same impact that Ahmad Nivins had and getting better and better the longer he plays.   “He’s going to get stronger. They can start to move him around with his versatility. He’s just a basketball player.” SETON HALL’S JACKSON DROPS 40 ON VMI

It isn’t often that you see a college basketball player drops 30 points in a game. 40 points? Almost never. But Seton Hall guard Jamel Jackson scored 40 points off the bench Saturday as the Pirates beat VMI 134-107. Seton Hall is now 8-0 to start the season. Jackson, a 6-3, 202-pound JUCO transfer from Brooklyn, broke the Seton Hall single-game record by draining 12 3-pointers and going 14 for 17 from the field. The record was previously held by Shaheen Holloway. The last Seton Hall player to drop 40 was Terry Dehere, who had 41 in a 1993 game. Jackson missed the single-game NCAA mark for 3-pointers in a game by three. Oh by the way. Jeremy Hazell poured in 33 points and grabbed a career-high 12 boards to go with five assists and four steals. Herb Pope also put up 15 points and a career-high 20 boards. Remember, Seton Hall will get both guard Keon Lawrence and forward Jeff Robinson back for Saturday’s game with Temple. Lawrence was recently let off suspension after his alcohol-related car accident on the Garden State Parkway, while Robinson becomes eligible after sitting out a year after transferring from Memphis. Think many Big East teams are looking forward to playing the Pirates? (Photos courtesy Fordham & Seton Hall Athletics) .

Knight Next in Line at Kentucky?