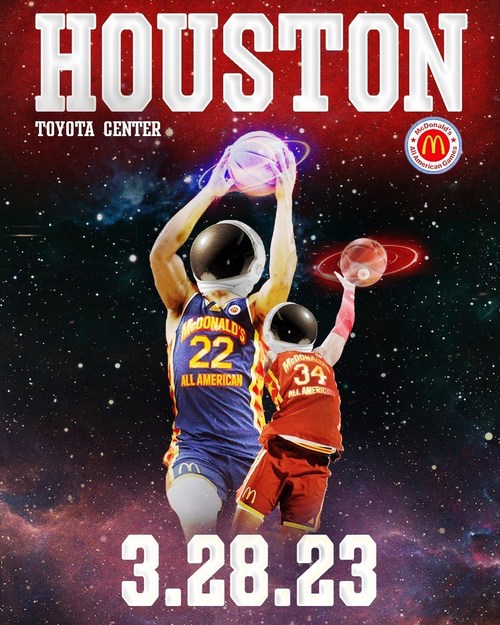 By ADAM ZAGORIA The final rosters for the 2023 McDonald’s All American Games were announced Tuesday, and, as usual, they were highlighted by Kentucky and Duke commits. Four Kentucky commits — Aaron Bradshaw, Justin Edwards, Reed Sheppard and DJ Wagner — and three Duke pledges — Jared McCain, Mackenzie Mgbako, and Sean Stewart — were chosen. “It definitely means a lot. To be able to step on the same floor they stepped on is a great honor,” Wagner, who’s averaging 20.5 points per game and is the third member of this family to be chosen for the game, after his father Dajuan and his grandfather Milt, told NJ.com. “It definitely means a lot to play in that game; an honor to just be given the opportunity. That’s the stuff you dream of.” Two apiece from Michigan State — Xavier Booker and Jeremy Fears — and Oregon — Mookie Cook and Kwame Evans –– were selected. Four players from New Jersey were chosen in Bradshaw, Mgbako and Wagner and Kansas commit Elmarko Jackson. Roselle Catholic coach Dave Boff said he was happy for Mgbako, but believed that North Carolina commit Simeon Wilcher should also have been chosen. “I’m very happy for Mackenzie for his selection to the McDonald’s Game,” Boff said. “He’s a great player and deserving of the selection and I’m proud of his continued development this year. “I’m also surprised and very disappointed in the committee not also including Simeon Wilcher in the game. I firmly believe Simeon should also have been selected. That being said, I want to again congratulate Mackenzie in his selection. I know he’ll do great in the game.” Bronny James is the only uncommitted player in the game. Kentucky has now signed 44 McDonald’s All Americans out of high school during the John Calipari era, more than any other school in the country during that time period. Kentucky has signed 76 McDonald’s All Americans since the game began in 1977.