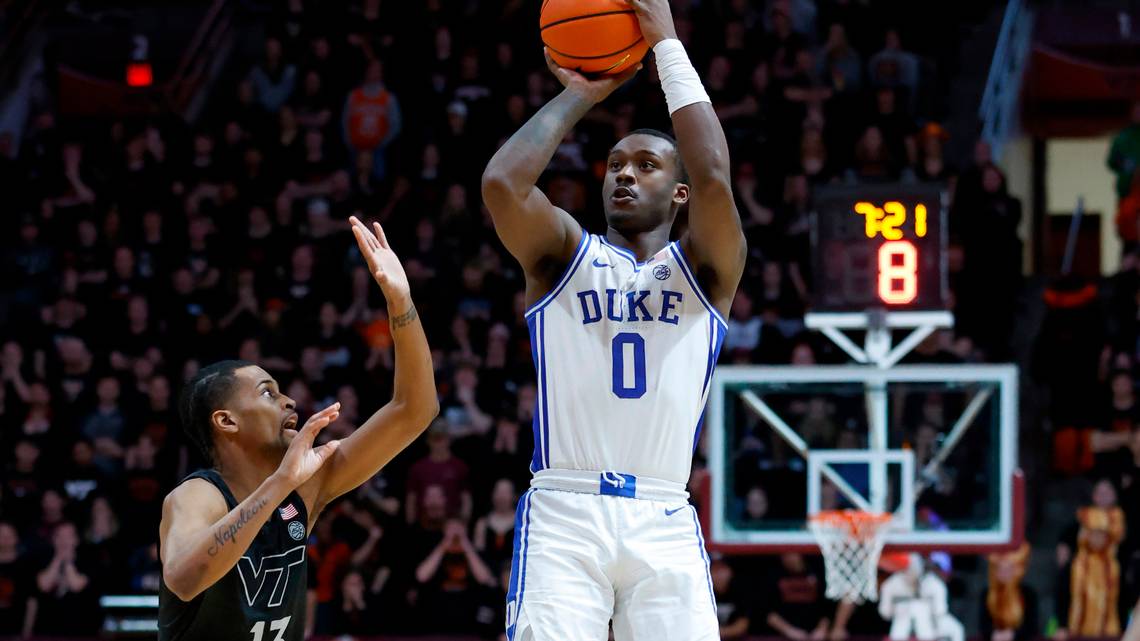 By ADAM ZAGORIA Duke freshman Dariq Whitehead left Monday’s game with Virginia Tech during the second half with a left lower leg injury. Whitehead was injured while leaping to intercept a pass and appeared to collide with Virginia Tech’s Justyn Mutts. He left the game while jumping off the floor on one leg and was later helped from the court by teammates while not putting any weight on his left leg. “I need to get some clarity, I don’t know timetable,” Duke coach Jon Scheyer said of Whitehead. “I don’t know what we’ll do other than get him back, evaluate and go from there.”

Whitehead scored 10 points before leaving. Whitehead missed the start of the season after undergoing surgery on his right foot in late August. He debuted on Nov. 18. The Newark native was the No. 2 recruit in the Class of 2022 and was the MVP of the McDonald’s All-American Game. Follow Adam Zagoria on Twitter Follow ZAGSBLOGHoops on Instagram And Like ZAGS on Facebook