Red-hot Purdue poised to return to No. 1 in AP Poll | Zagsblog
Follow @adamzagoria 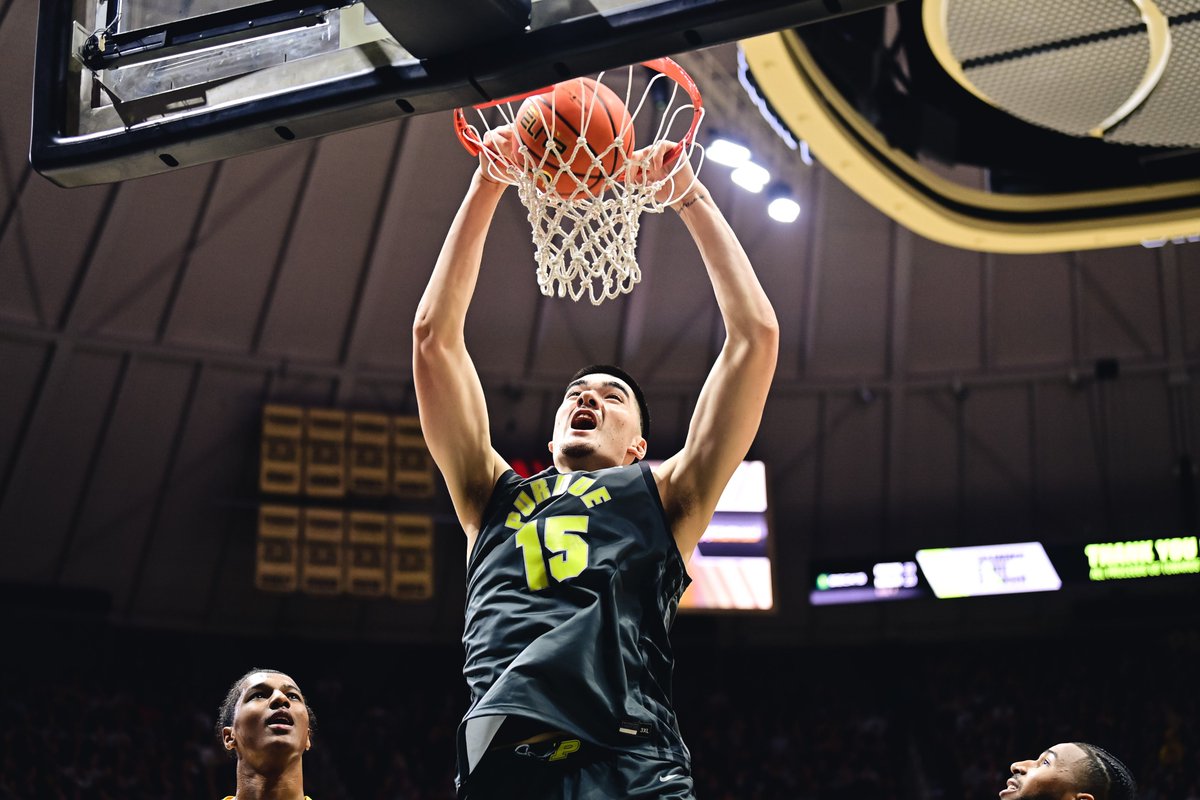 By ADAM ZAGORIA Zach Edey and Purdue are poised to return to the No. 1 spot in The Associated Press Top 25 Poll on Monday following losses by No. 1 Houston and No. 2 Kansas. Houston (18-2) was upset at home by Temple on Sunday, 56-55, for just their second loss of the season. Damian Dunn scored 16 in the win for the Owls and Zach Hicks 12.

The final defensive stand from @TUMBBHoops as they take down No. 1 Houston 👏

Kansas (16-3), meantime, has lost back-to-back games — at Kansas State on Tuesday (83-82 in overtime) and at home to TCU on Saturday (83-60). Bill Self’s team must turn around and visit No. 21 Baylor on Monday before visiting a suddenly hot Kentucky team on Saturday. Purdue (19-1), whose only loss this season came at home to Rutgers on Jan. 2, has won six straight after fending off Maryland, 58-55 on Sunday at Mackey Arena. Edey, the 7-foot-4 Purdue big man who is among the favorites for National Player of the Year honors, went for 24 points and 16 rebounds in the game

Zach Edey recorded his 4th game of at least 24 points and 16 rebounds.

The rest of the country has 11 total and no player with more than 1. pic.twitter.com/Z4EJE0FRaZ