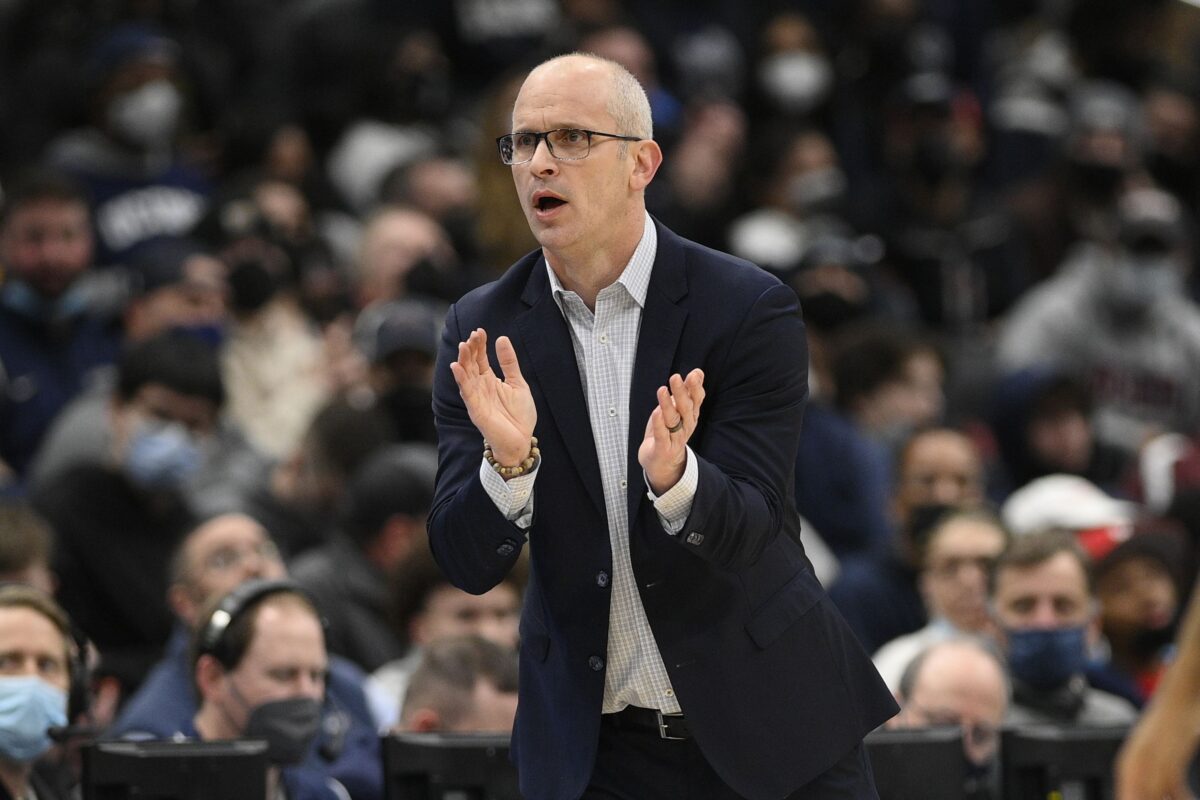 By ROB ROSE UConn head basketball coach Dan Hurley and associate head coach Kimani Young, who missed the Huskies’ last game against Seton Hall after testing positive for COVID, have finished the customary isolation period and will be back coaching the team in Sunday’s game against Butler at the XL Center in Hartford. The Huskies lost, 67-66, to Seton Hall without Hurley and Young. The defeat was UConn’s third straight. After it started the season 14-0, UConn slid to 15-5 after it lost five of its last six games. The Huskies dropped down to No. 15 in the latest AP poll after they peaked at No. 2 prior to the losing streak. Butler was 11-9 headed into the game and lost the previous meeting with UConn by 22 points in December. Follow Rob on Twitter Follow Adam Zagoria on Twitter Follow ZAGSBLOGHoops on Instagram And Like ZAGS on Facebook