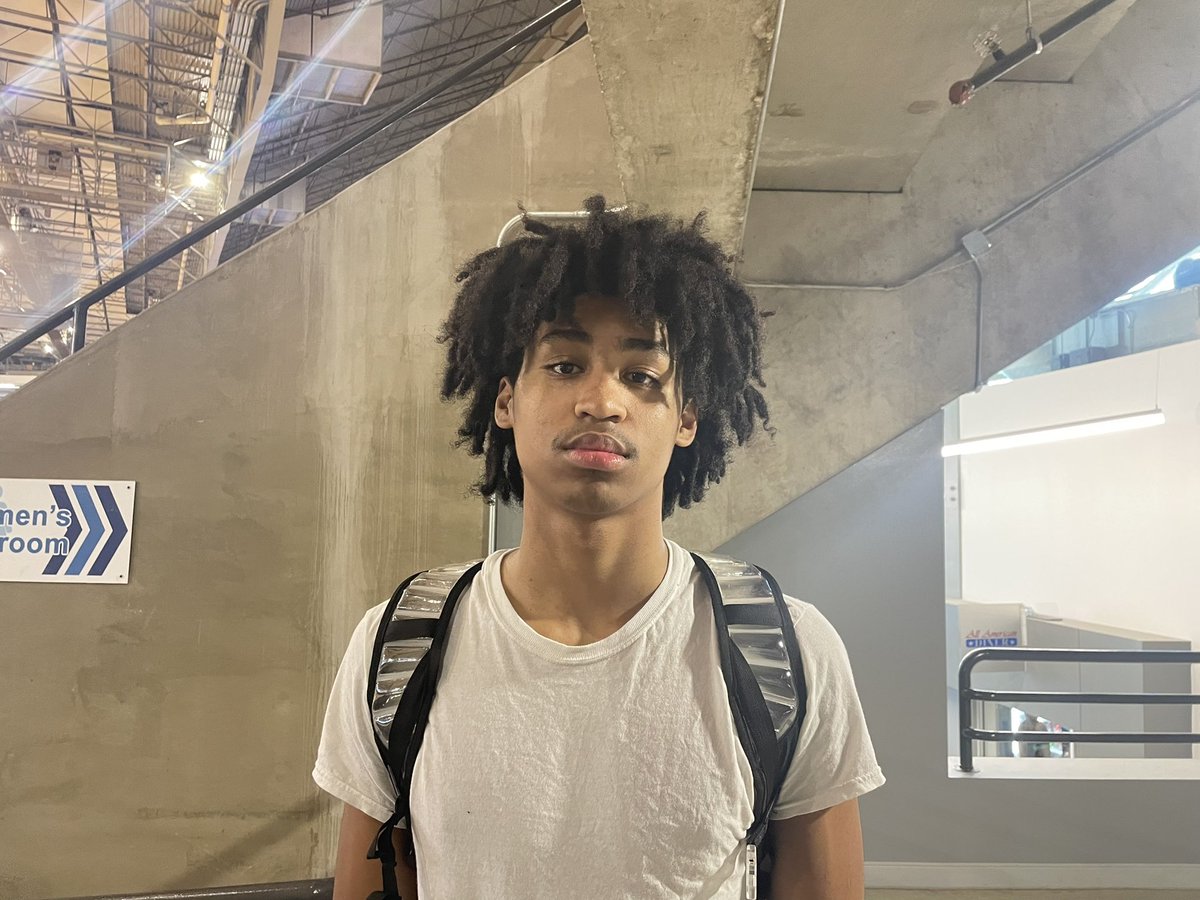 By ADAM ZAGORIA It was a big night for the Jersey Boys at the John Wall Holiday Invitational in Raleigh, N.C. Duke coach Jon Scheyer and his entire staff made the trip to watch Dylan Harper, the 6-foot-5, 180-pound guard from Don Bosco Prep (NJ) and the New York Rens AAU program. Harper poured in 24 points, 6 rebounds and 2 assists in the 74-52 win. Indiana associate head coach Kenya Hunter was also on hand. “It was great for them to come and support me, but I look at every game the same no matter the crowd, who’s there, just play basketball” he told HS Circuit when asked about the Duke coaches.

“We want to take it one game at a time, but ultimately win”#TheJohnWall

Harper, ranked the No. 1 combo guard in the Class of 2024 by 247Sports.com, visited Duke in October for Countdown to Craziness with Class of 2023 commits Mackenzie Mgbako of Roselle Catholic (N.J.), Sean Stewart of Montverde (FL) and Caleb Foster of Oak Hill (VA). He has also visited Rutgers several times this season for games, including for the Seton Hall game Dec. 11, and was greeted by chants each time.

Harper is the younger son of former NBA guard Ron Harper Sr., whose NBA career lasted 16 seasons, including three championships with Michael Jordan and the Chicago Bulls. Harper is also the younger brother of Ron Harper Jr., who played four seasons at Rutgers and signed a Two-Way Contract with the Toronto Raptors.

Duke coach Jon Scheyer popped out to watch 2024 Five-star Dylan Harper go off for 24 in an easy W🔥 @dy1anharper pic.twitter.com/n5vW6PFPH1

Scheyer and his staff have made Harper a priority recruit and watched him at Peach Jam in July, where he led the Rens to the U16 semifinals. “They always check up on me, they call me and see how I’m doing and see how everything is,” he said of Duke at Peach Jam. It’s a great coaching staff.” Harper currently holds offers from the likes of Rutgers, Duke, Kansas, Michigan, Texas Tech, Indiana, Auburn, Georgetown, Missouri and UCLA. A key factor in Harper’s final college decision will be finding a place that puts the ball in his hands. “When I get to college, I don’t want to be a third or fourth option,” Harper said at Peach Jam. “I want to be the main guy. So I think that’s what’s really going to make the difference.” As far as Harper’s family ties, he said he’s received tons of advice about the recruitment process from his brother. The main message? To stay humble. “He’s just told me to always be hungry,” Harper said. “Whatever schools come, be thankful, be blessed and be happy. But at the end of the day you still have a long road to go.” KENTUCKY COMMITS SHOW OUT Kentucky commits DJ Wagner and Aaron Bradshaw led Camden (NJ) High to a 67-48 victory over Panther Creek (NC) on Tuesday at the John Wall.

The 7-foot-2 Bradshaw had a 22-point double-double while scoring at will off lobs and in the paint. Camden, ranked No. 2 in New Jersey by NJ Advance Media, will face Harper and Don Bosco on Jan. 6 at Roselle Catholic. Harper, Wagner, Bradshaw and Mgbako are all nominated for the Naismith Boys High School Player of the Year, as are fellow Jersey Boys Simeon Wilcher of Roselle Catholic (UNC) and Link Prep guard Elliot Cadeau, who will announce Wednesday. Follow Adam Zagoria on Twitter Follow ZAGSBLOGHoops on Instagram And Like ZAGS on Facebook

Five-star Class of 2024 point guard Elliot Cadeau commits to North Carolina, has the option to reclassify