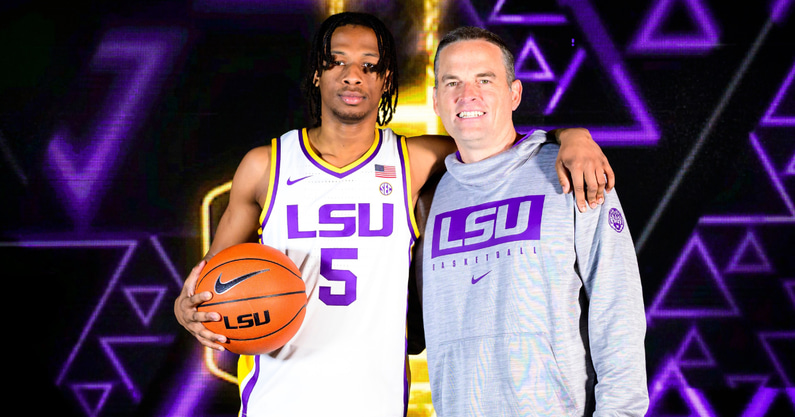 By CHARLIE PARENT Mike Williams, a four-star guard in the class of 2023, has committed to LSU, he announced on Sunday. “I chose LSU because of the family atmosphere, the relationship that I have not only with the assistant but the head coach as well,” Williams told On3 Sports. “We have built a great relationship. I also chose LSU because of the plan they have for me and how much they believe in me.” Williams, who play for the Bishop Walsh School (MD.), most recently visited LSU on October 22nd. The 6-foot-3 slashing guard also held offers from Clemson, Syracuse, DePaul, and Wake Forest, among others. He is the second commit in LSU’s 2023 class, joining four-star forward Corey Chest. Follow Adam Zagoria on Twitter Follow Charlie on Twitter Follow ZAGSBLOGHoops on Instagram And Like ZAGS on Facebook