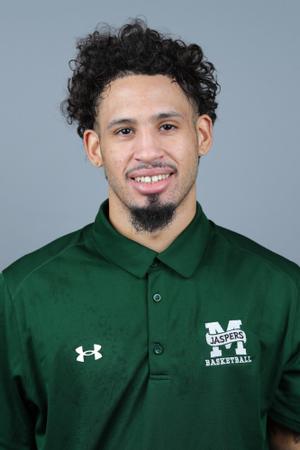 By ADAM ZAGORIA Jose Perez, the 6-foot-5 fifth-year senior guard from Manhattan and the MAAC Preseason Player of the Year, committed to West Virginia on Sunday, he told ZAGSBLOG. He also considered TCU, Georgia Tech, Louisville, Mississippi State, N.C. State and Missouri. Perez opted to transfer after the school this week fired head coach Steve Masiello with two weeks to go before the start of the season. “I chose West Virginia to play for a legendary, Hall-of-Fame coach in Bob Huggins,” Perez said to On3 Sports. “He constantly called me twice a day and made sure that he got his message across. That was that they just didn’t want me there, but that they needed me.” Manhattan is Perez’s third school after previous stints at Gardner-Webb and Marquette. He started 29 games last season and played in all 30, averaging 18.9 ppg, 4.5 apg and 3.2 rpg. The Bronx native turned 24 this month.

It remains unclear when Perez will be eligible once he transfers, but he said he’s been led to believe he will be immediately eligible because the school just fired his coach. One source familiar with the process said for any player it depends on a number of factors, including the player’s clock, the number of times they transferred, and their graduation status. The NCAA in 2021 allowed players to become immediately eligible upon transferring without sitting out a year. Follow Adam Zagoria on Twitter Follow ZAGSBLOGHoops on Instagram And Like ZAGS on Facebook