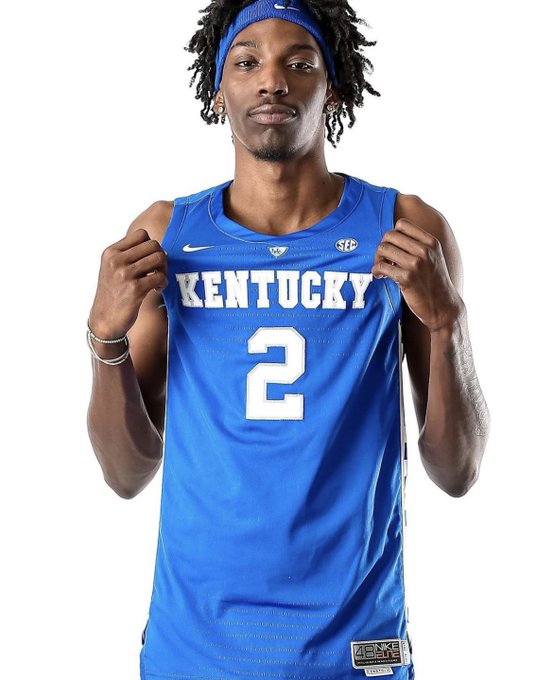 By JACOB POLACHECK Just before Kentucky’s annual Big Blue Madness began Friday, the Wildcats landed one of their key targets. Aaron Bradshaw, the 7-foot-2, 210-pound center from Camden (NJ) and the NJ Scholars AAU Program, announced his commitment to Kentucky on Friday, per Joseph Tipton of On3Sports. “Kentucky is home for me,” Bradshaw told On3. “I felt the most comfortable there. It’s the best fit for me and has my best interest. I just want to get there and work hard to get where I want to go.” Ranked by On3 Composite as the No. 2 center and No. 7 overall prospect in the nation, Bradshaw joins five-star wing Justin Edwards five-star point guard Robert Dillingham and four-star combo guard Reed Sheppard. “He is a very unique talent,” NJ Scholars coach Jason Harrigan told ZAGSBLOG. “He has the ability to block shots as well as dunk everything around the rim. He also has great touch for someone his size which allows him to score from the post and knock down perimeter jump shots consistently. He will be an impact player immediately.” Pervis Ellison, the former Louisville big man and current program director for the NJ Scholars, told the Courier-Journal Bradshaw is a future lottery pick. “If you’d seen him four years ago and seen the growth and development of his game, then, you know, if I’m a scout out there, I’m salivating,” said Ellison, who played 11 seasons in the NBA. “The work ethic that he has (and) the work that he’s put into his game, the sky’s the limit. “I’m just one of the first people to say, ‘This kid is gonna be a lottery pick at some point.'” Bradshaw was joined on his visit by five-star guard and Camden teammate DJ Wagner, who is the subject of a heated recruiting battle between Kentucky and Louisville and has yet to set announcement date , as well as a bevy of other recruits including 2024’s Ian Jackson, Ace Bailey, Karter Knox and Travis Perry and 2025’s Jasper Johnson, Julian Bunton and Kieran Granville. Follow Jacob Polacheck on Twitter Follow Adam Zagoria on Twitter Follow ZAGSBLOGHoops on Instagram And Like ZAGS on Facebook