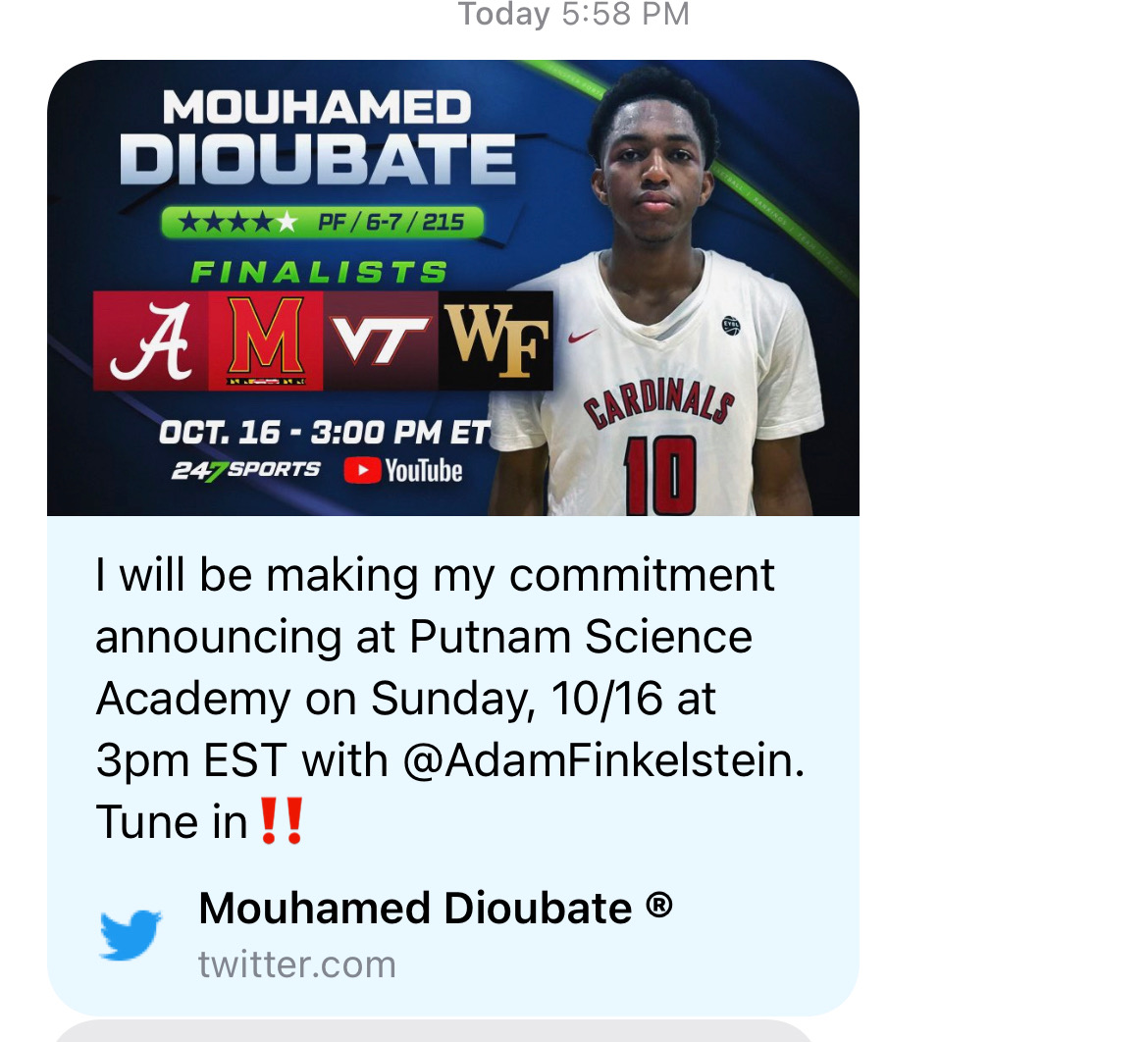 By ADAM ZAGORIA Mouhamed Dioubate, the 6-foot-7 wing from Putnam Science Academy (CT) and the PSA Cardinals, will announce on Sunday at 3 p.m. Ranked the No. 22 small forward in the Class of 2023 per the 247Sports.com Composite, Dioubate is down to Wake Forest, Maryland, Virginia Tech and Alabama after cutting Kansas State. He previously broke down each school for ZAGSBLOG. Maryland: “Coach [Kevin Willard] likes me. He’s coached a lot of New York guys before [at Seton Hall]. They stay in contact with me. I like the conference they’re in.” Wake Forest: “I did a Zoom with them recently. The coaching staff really likes me, the head coach [Steve Forbes]. They like me, they said they see my potential playing at the next level, so I like Wake Forest.” Virginia Tech: “They’ve been recruiting me for a while now and they’ve been at my games. They really like me. They see me playing a lot of minutes and stuff over there.” Alabama: “I like Alabama. I like the player comparison they gave me [Herbert Jones]. The player development. I like them.” Wherever he goes, Dioubate plans to be a wing, “a true wing who is productive. I’m going to bring good energy.” Follow Adam Zagoria on Twitter Follow ZAGSBLOGHoops on Instagram And Like ZAGS on Facebook