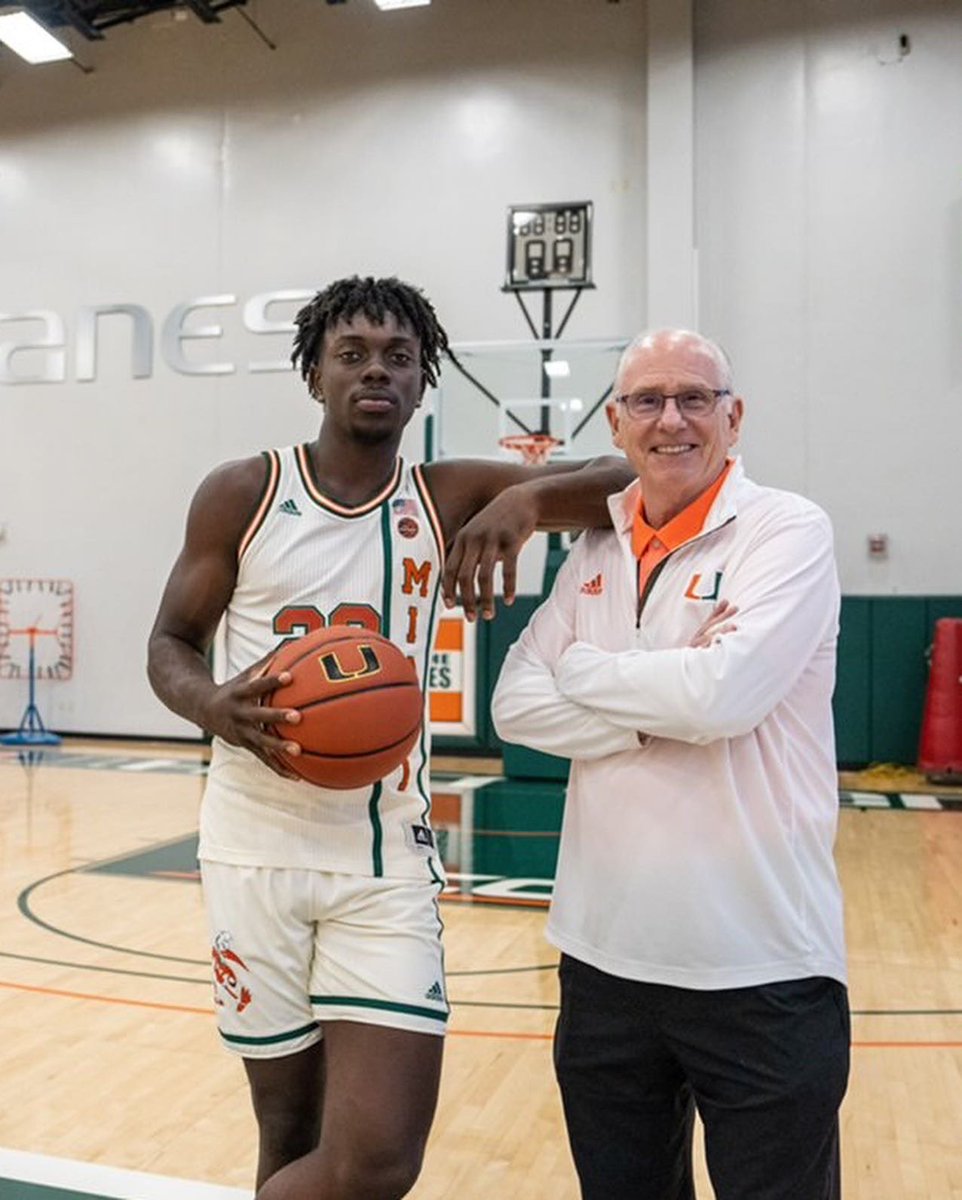 By ADAM ZAGORIA Michael Nwoko, the 6-foot-10, 240-pound Canadian center from Prolific (CA) Prep, is headed to Miami Ranked the No. 13 center in the Class of 2023 247Sports Composite, he chose the Hurricanes over Providence, Georgia Tech, Northwestern and Vanderbilt. “The reason I chose this place was because it felt like home and I knew I could make an impact as soon as I get there,” he told ZAGSBLOG ahead of his public announcement. “Miami runs an NBA-like offense,” he added. “The big plays in and out and has the ball in their hands.”

He has a 3.85 GPA and also participated on Team Canada’s U18 team at the FIBA Americas championship in June where he averaged 12 points. and 8 rebounds in the tournament, culminating with a 20-point, 7-rebound game in the 3rd place game vs. Argentina. “I’ll come in and do what Mike does best, which is rebound and score the ball at an efficient rate,” he said. He is Miami’s first commit in 2023 and Prolific Prep’s fourth D-1 commit this year after 6-1 point guard Aden Holloway (Auburn University), 6-foot Trey Greene (Xavier University) and 6-8 big man N’Famara Dabo (Brown University). “Michael’s rate of improvement is impressive,” said Prolific Prep coach Ryan Bernardi. “He has great upside due to his physical presence, athleticism and rapidly improving ball skills. Michael is also an elite student and great person.” This post was updated Oct. 6 at 3:45 p.m. Follow Adam Zagoria on Twitter Follow ZAGSBLOGHoops on Instagram And Like ZAGS on Facebook