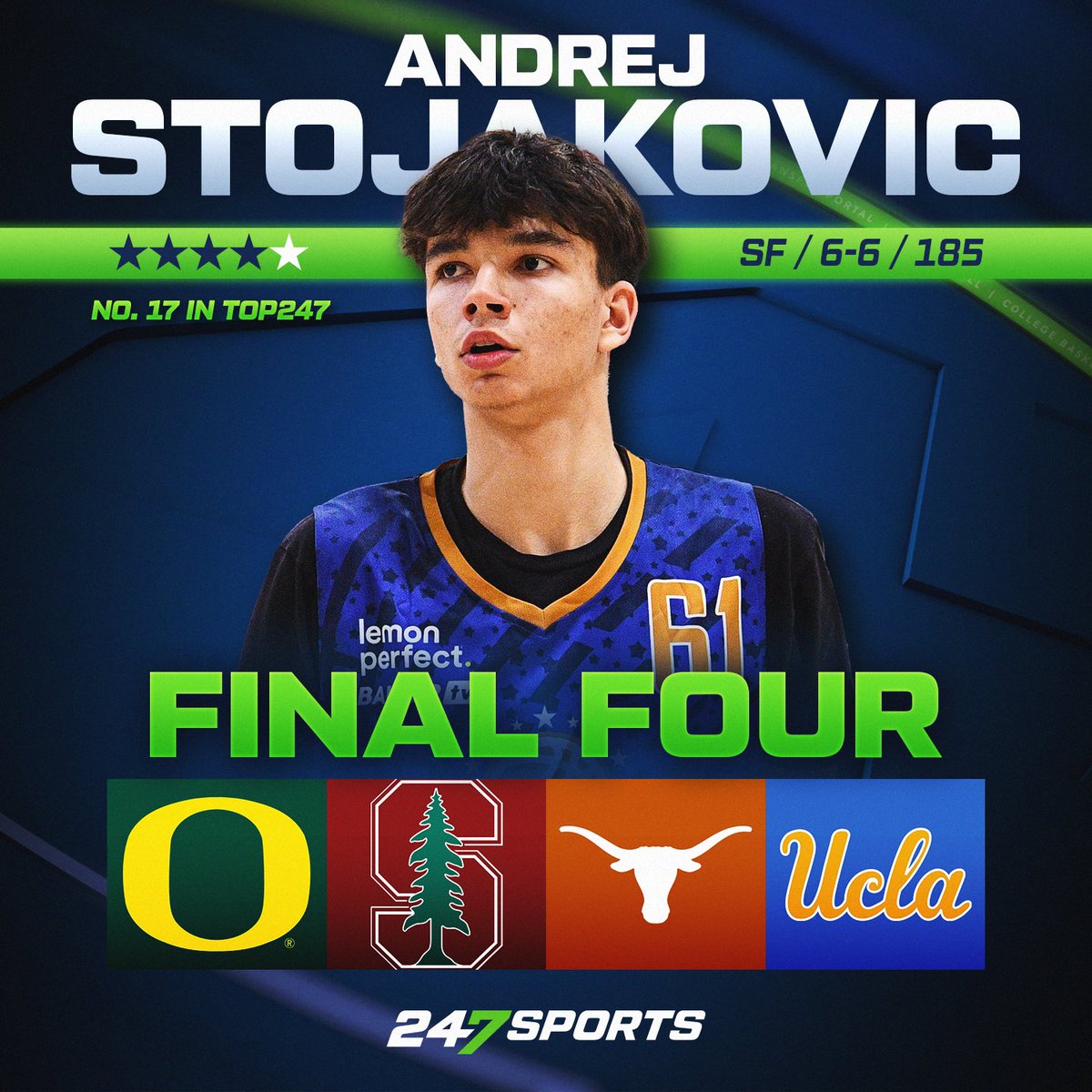 Andrej Stojakovic, the five-star wing from Carmichael (CA) Jesuit, has cut his list to four schools. The 6-foot-6 son of former NBA player Peja Stojakovic, is down to Texas, UCLA, Oregon and Stanford. He is ranked the No. 17 prospect in the Class of 2023 per 247Sports.com. He has visited Texas and Oregon this month. He broke down his top options for circuitscouting.com: Texas: “Coach [Chris] Beard is a coach that wants to win and that is all he wants to do. I really value that. So far in the recruitment I have really connected with Texas over the past 2-3 months. Coach Terry and Coach Beard have been incredible and I am looking forward to visiting the campus soon.” UCLA: “The visit was absolutely amazing. It doesn’t get better than Southern California and the weather. Every guy on the team is great. I got a chance to spend some time with Jaylen Clark and Amari Bailey. Coach [Mick] Cronin and the staff demand a lot and I live like that with my dad and how we train.” Stanford: “Immediate connection. My old teammate Isa Silva is there. Obviously there was some tension built between me and the schools before hand. It was great finally getting to campus and seeing what its’s like. With Stanford, if basketball does not work out, I have arguably the best academic school in the country to back me up. It was a no brainer to include them in my top six.” Oregon: “Coach [Dana] Altman has been recruiting me for a while now and the communication has been non-stop. That is another reason why I included them in my top six.”  Follow Adam Zagoria on Twitter Follow ZAGSBLOGHoops on Instagram And Like ZAGS on Facebook