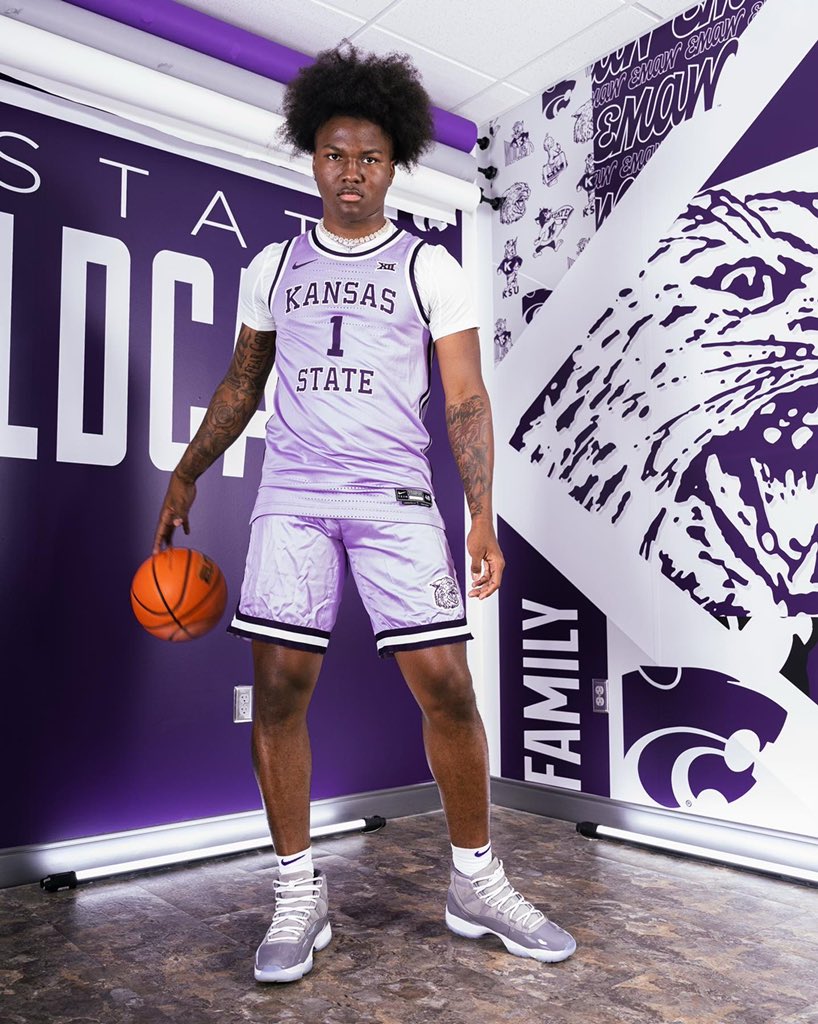 By SAM LANCE Class of 2023 three-star small forward Macaleab Rich has committed to Kansas State, he announced via Instagram Live. It’s a special day for Rich, as it’s also his birthday. Rich, the 6-foot-6, 210-pound forward from East St. Louis High School (IL) and the Southwest Illinois Jets AAU Program, picked Kansas State because it felt like home. “I felt the most love I’ve ever felt in my life when I went on campus,” Rich told ZAGSBLOG.com. “I built a great bond with the coaches and players. The style of play fit how I play.” Rich chose the Wildcats over Missouri, Ole Miss and the University of Illinois-Chicago. The small forward joins two other players in Jerome Tang’s 2023 recruiting class, including four-star shooting guard RJ Jones and four-star point guard Dai Dai Ames. Both Jones and Ames are ranked top-75 players nationally. Rich is ranked the No. 129 overall prospect and the No. 3 player in the state of Illinois by 247Sports. Rich wants to come in and impact the Wildcats right away when he gets on campus. “And [I want to] work hard and develop my skills,” Rich added. “Getting stronger, too, and learning how to play on a high level to prepare me for the NBA.” Follow Sam Lance on Twitter Follow Adam Zagoria on Twitter Follow ZAGSBLOGHoops on Instagram And Like ZAGS on Facebook