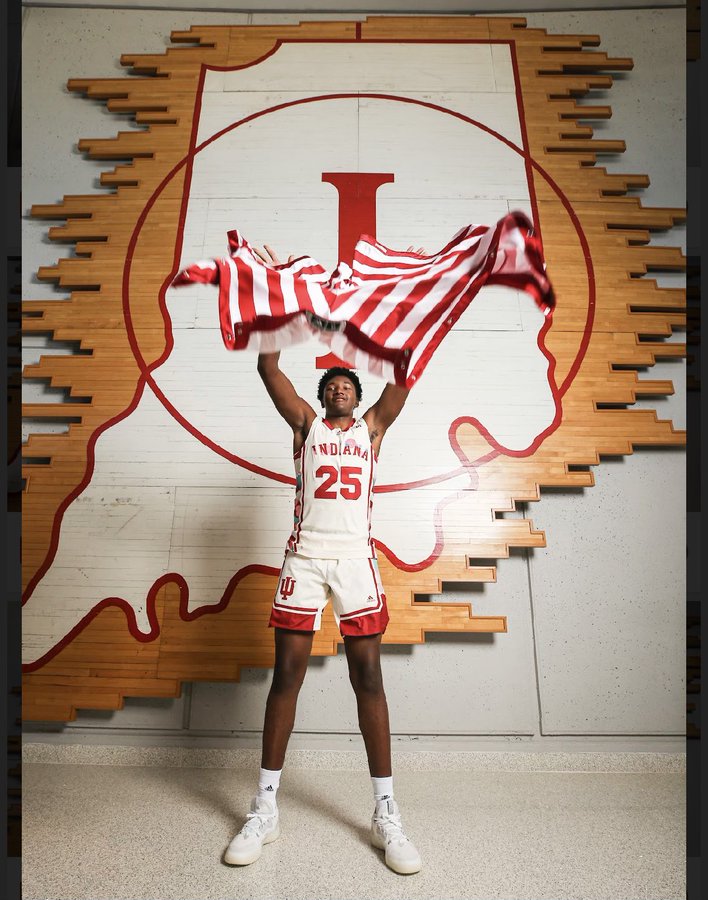 By ADAM ZAGORIA Derik Queen, the five-star Class of 2024 big man from Montverde (FL) Academy, took an official visit to Indiana this past weekend. “The visit was great,” he told ZAGSBLOG. “They said I fit in and they’ll let me play and coach me hard.” Team Thrill Program Director Donnell “Mookie” Dobbins attended with Queen. “The visit was great,” he said. “They preached accountability, development
creative freedom and winning.”

Queen plays for legendary coach Kevin Boyle on a loaded Montverde team that won an unprecedented sixth GEICO High School National championship in March. That team featured a slew of Division 1 commits including Dariq Whitehead (Duke), Malik Reneau (Indiana), Jalen Hood-Schifino (Indiana) and Dillon Mitchell (Texas). “Derik has a very versatile skill set for his size,” USA Basketball coach Don Showalter said when Queen was at the USA Basketball elite youth camp this summer. “He is one of the youngest players in the U18 training camp and I think he has grown a lot as a basketball player during this camp. I especially like to way he competes on the court every play and obviously loves the game.” Queen holds offers from Alabama, Syracuse, Georgetown, Maryland, Virginia Tech, Indiana and Texas, among others. He will next visit Maryland Oct. 21-23. Follow Adam Zagoria on Twitter Follow ZAGSBLOGHoops on Instagram And Like ZAGS on Facebook