Top-150 prospect Justin McBride commits to Oklahoma State: ‘It’s a great environment to be in’ 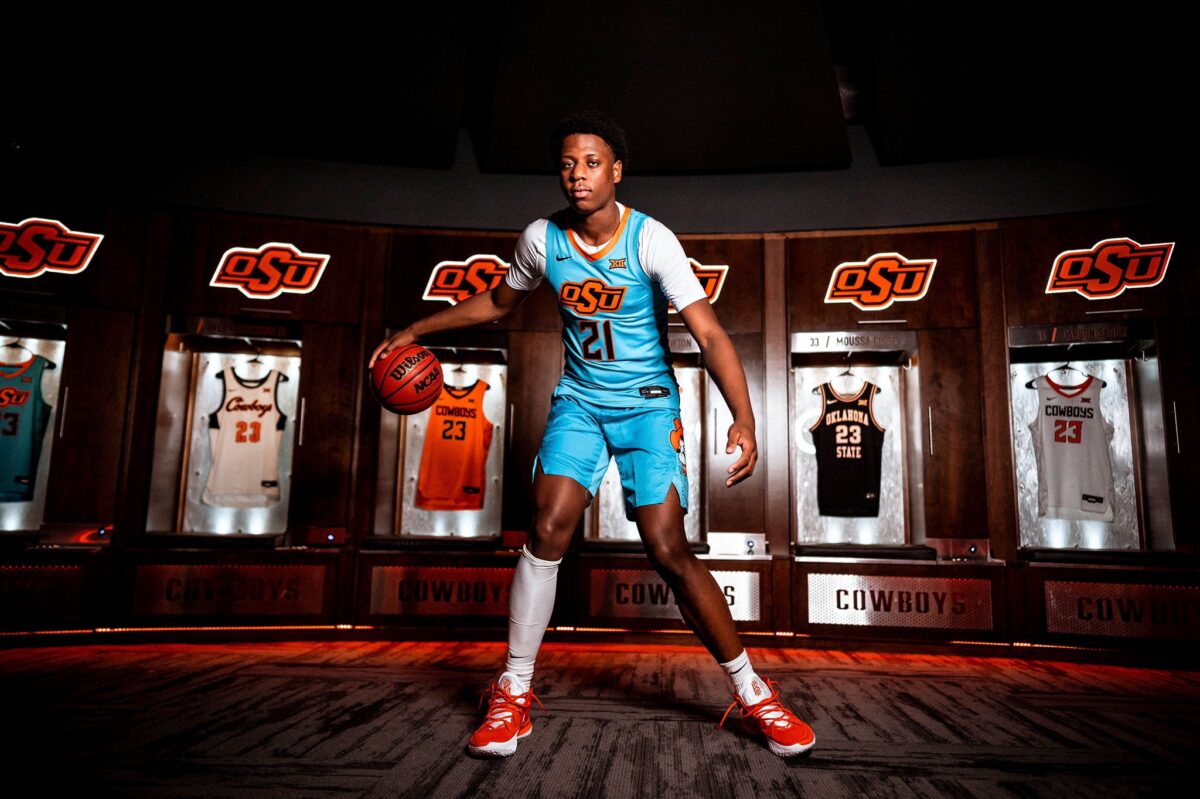 By JACOB POLACHECK Class of 2023 three-star power forward Justin McBride has committed to Oklahoma State, he tells ZAGSBLOG. The 6-foot-7, 210-pound power forward from Plano (TX), chose Oklahoma State over Arizona State and Missouri. “The coach (Mike Boynton) really explained how my film translates to how they play,” McBride told ZAGSBLOG by phone ahead of his public announcement. “I like the chemistry there. They’re together and it’s a great environment to be in.” McBride said he was impressed with the preparation done by the coaching staff ahead of his official visit to Stillwater from Oklahoma State (Sept. 1-3) “I always watch film on all the colleges and they used my film and highlights to show how I could have a role on the team,” he said. “That’s as a playmaker, a combo four and any time I get a mismatch.” Ranked by On3Sports Consensus as the No. 133 overall prospect in the class of 2023, McBride describes himself as a “combo forward.” “I can play all positions and I make difficult shots. At times, I push the ball, run in transition and make great passes,” he said. “Mostly, I need to improve on guarding one’s and two’s because that will get me to the next level in the position I want to play.” With his commitment, McBride joins a 2023 Oklahoma State recruiting class that features four-star center Brandon Garrison, three-star combo guard Jamyron Keller and unranked small forward Connor Dow. “We’re a group of young men that can push the ball in transition, make plays and make a run in March Madness,” McBride said. Keller and McBride were AAU teammates with DriveNation over the summer as Keller played a crucial role in McBride’s recruitment. “Me and Keller have always been cool,” McBride said. “We always talked about OSU ever since they offered and how they play. Keller and I love fast pace and I think our chemistry can continue to grow going to OSU and just playing.” Follow Jacob Polacheck on Twitter Follow Adam Zagoria on Twitter Follow ZAGSBLOGHoops on Instagram And Like ZAGS on Facebook