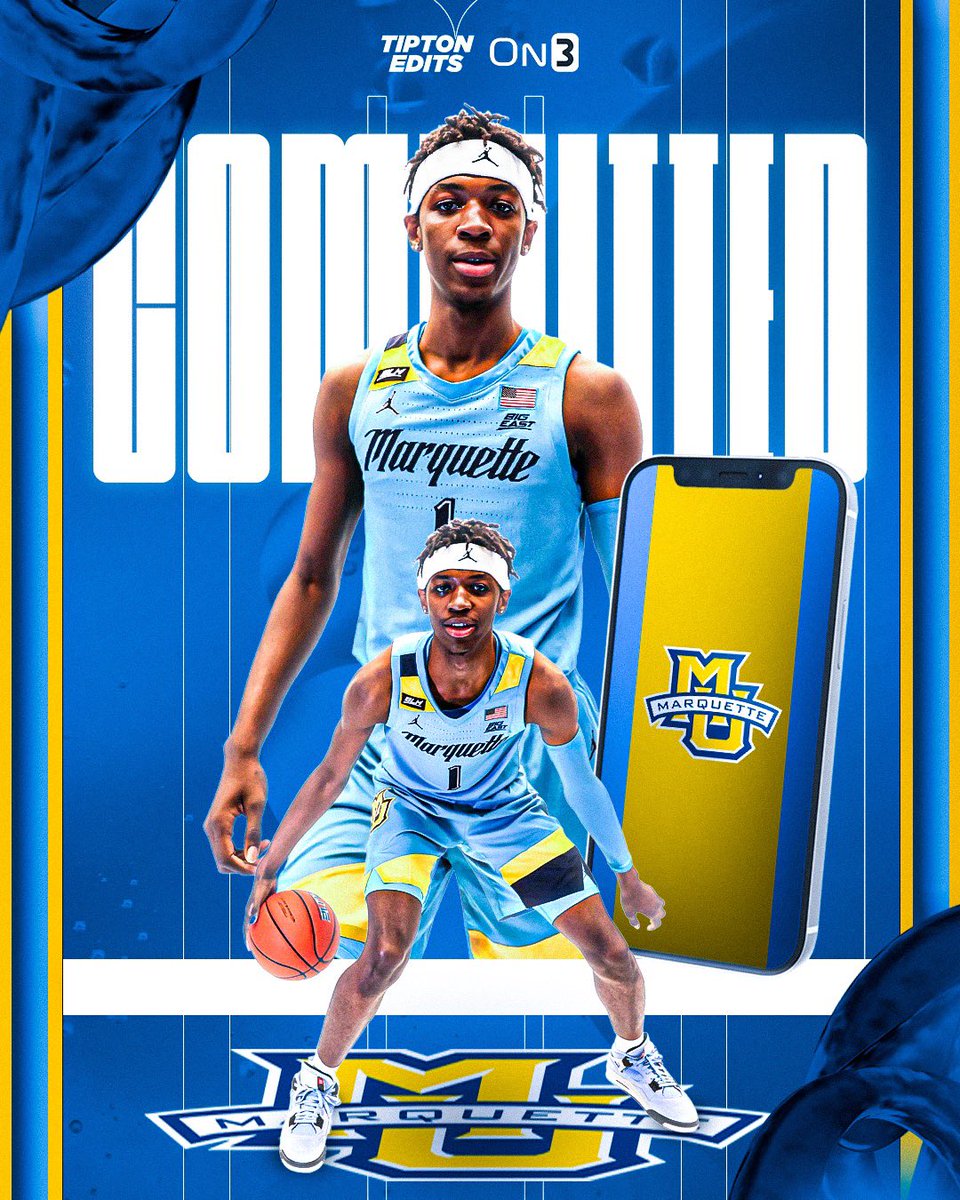 By ADAM ZAGORIA Class of 2023 four-star power forward Al Amadou has committed to Marquette. The 6-foot-9, 185-pound power forward from Chestnut Hill Academy (PA) and the Philly Pride AAU also considered Miami, St. John’s, Georgia Tech and San Diego.  “It was an easy decision,” Amadou told On3.com. “Marquette recruited me the hardest and they were at all of my games. It was more than basketball with them. It was more about relationships. They said they would be patient with me. They made the decision really easy for me.” Asked what type of player the Golden Eagles are getting, he said: “Someone who’s vocal. I’m always talking when we get on the court, so we never get confused. I can guard one through five, make plays, attack closeouts, shooting, rebounding, blocking shots, run the floor, and just a team player.” He previously told ZAGSBLOG: “Out of all the schools, they’ve been recruiting me the hardest. They’ve been at every game. They’ll probably be at my game today. Coach Shaka [Smart] and I just have a crazy relationship, like he just called. At this point it’s just like, I don’t know, it’s cool. It’s good people, I don’t know how to describe it. And coach Shaka is really good at getting his bigs and his wings to the league. Especially like Mo Bamba, players like that, and they are all doing good in the league. So I could definitely see myself playing at Marquette for sure.” During the UAA event in Chicago, Amadou averaged 8.8 points and 5.2 rebounds per game. He also totaled 11 blocks and shot 43.1% from the field and 30.4% from 3-point range. Amadou is ranked the No. 104 recruit nationally by 247Sports and the No. 2 player in the state of Pennsylvania.  He joins shooting guard Zaide Lowery in Marquette’s 2023 class. “He guards 1 through 5,” said Philly Pride coach KK Stewart. “He’s a match-up problem for most 4s with his face up and pick-and-pop game. He’s also a big-time athlete who will all translate well at Marquette.” Follow Sam Lance on Twitter Follow Adam Zagoria on Twitter Follow ZAGSBLOGHoops on Instagram And Like ZAGS on Facebook