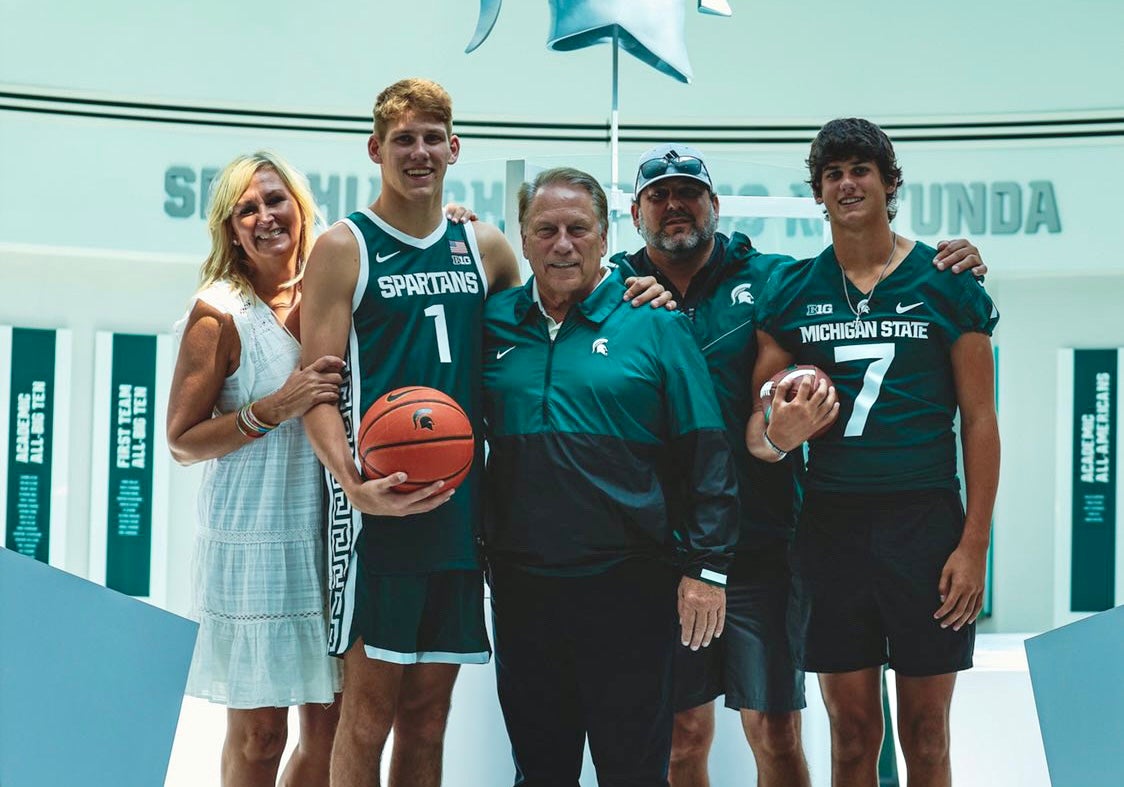 By JACOB POLACHECK Class of 2023 four-star forward Gehrig Normand has committed to Michigan State, he announced Tuesday evening. The 6-foot-6, 175-pound small forward from Birdville (TX) and the 3D Empire AAU Program, announced his commitment after taking his official visit to East Lansing from July 28-30 and picking up an offer while on the trip. “Winning is a big thing for me,” Normand said in an Instagram Live. “I’m a competitor. I want to win and I want to go to a team that’s going to win a national championship. I think this school is going to do that.” He also held offers from Colorado, Illinois, Auburn, Oklahoma State, Drake, Wisconsin, TCU, Texas, SMU, Wyoming, Tennessee, Missouri and Xavier, among others. Ranked by 247Sports Composite as the No. 17 small forward and No. 89 overall prospect in the nation, Normand joins four-star guard Jeremy Fears and four-star forward Xavier Booker in Michigan State’s 2023 recruiting class. Follow Jacob Polacheck on Twitter Follow Adam Zagoria on Twitter Follow ZAGSBLOGHoops on Instagram And Like ZAGS on Facebook