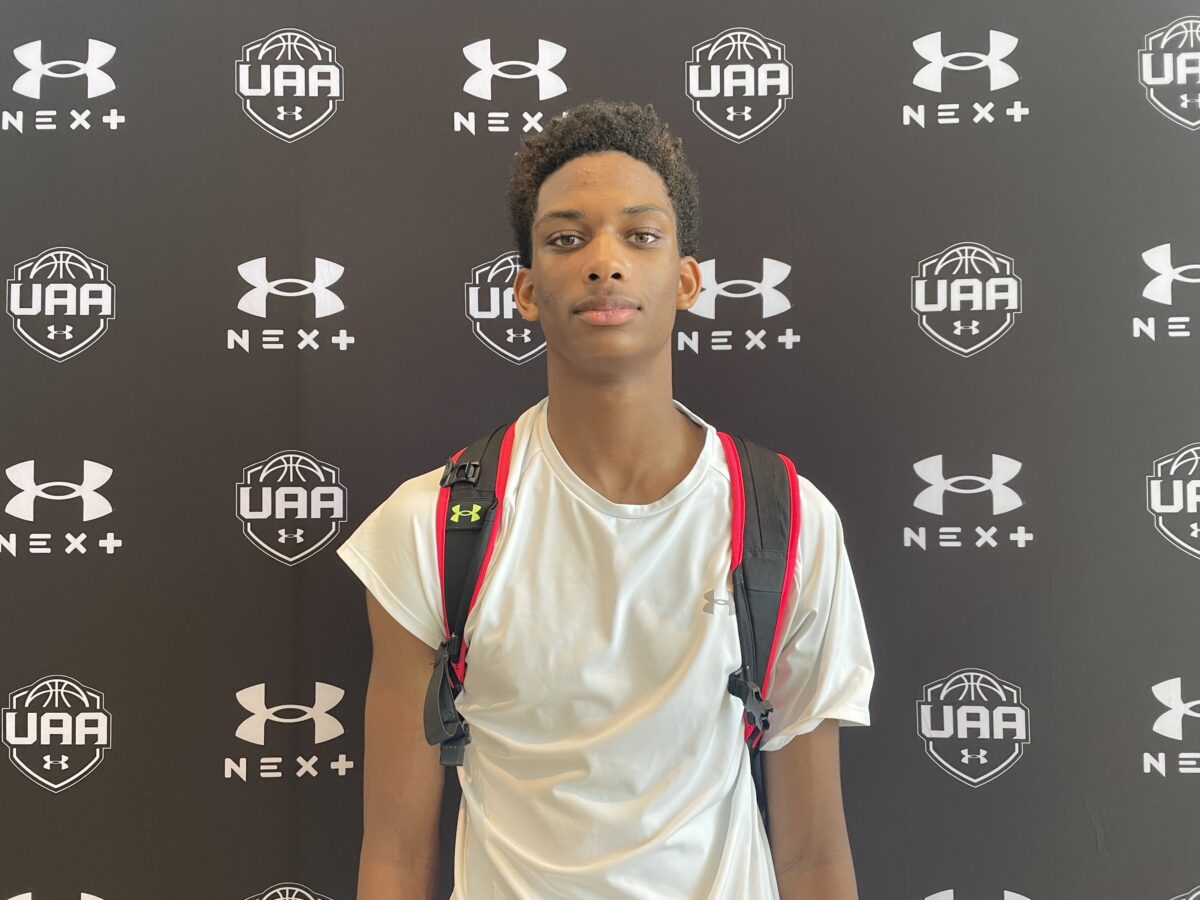 By SAM LANCE CHICAGO — Class of 2023 four-star power forward Carey Booth will visit Ohio State starting Sept. 8, he tells ZAGSBLOG.com. The 6-foot-9, 190 pound big man from Brewster Academy (NH) and the Kansas City Run GMC AAU program has already taken official visits to Penn State and Marquette in June. Booth is also currently working on setting up visits to Iowa and Texas.  Booth mentioned several of the schools above when asked which schools are currently recruiting him hardest. In total, Booth named five schools — Texas, Penn State, Iowa, Ohio State and Vanderbilt. He gave a break down of each option:  Texas: “Coach [Chris] Ogden, he reaches out to me a lot. He knows my parents. He talks to my parents a lot. He believes in my game, sees who I can be and what I can do potentially if I go there. So I really like that school. They are recruiting me hard.” Penn State: “Obviously my dad went there, but that couldn’t be further from the reason why I would go there. Because they are recruiting me hard. I have a great relationship with Micah Shrewsberry. The whole staff, they are all just really cool. They text me every day and they always have staff at my games.”  Iowa: “Fran McCaffery, I talk to him a lot. Him and coach [Courtney] Eldridge. I’m probably going to go visit there soon. Obviously, they had Keegan Murray who played there recently, who plays similar to me. I’d be really excited to keep talking to them.”  Ohio State: “I talk to Jack Owens and obviously Chris Holtmann the head coach a lot. They offered me, I think, after the first or second session. They’ve been recruiting me hard as well. I’m about to go visit there Sept. 8-10, so that should be exciting.” Vanderbilt: “Obviously coach [Jerry] Stackhouse was at the game. He texts me often. I talk to coach [Andy] Fox, the assistant, as well. I’m looking forward to building relationships with them as well.” Currently, Booth doesn’t have a timeline for releasing a top schools list or making a final college decision. “I’m just taking it as it goes,” Booth said. “My mom wants me to get it over with kind of. But I’m just taking it as it goes.” Booth is the son of former NBA player and current Denver Nuggets general manager Calvin Booth. Calvin averaged 15.3 points and 8.7 rebounds during his senior year as a Nittany Lion.  Unlike his father, who shot just 2-for-9 from the 3-point line in his 10-year NBA career, Booth describes himself as someone who can stretch the floor.  “I can shoot it,” Booth said. “I like to get my teammates involved a lot. I can block shots, rebound, and just excel all around in the game.” Follow Sam Lance on Twitter Follow Adam Zagoria on Twitter Follow ZAGSBLOGHoops on Instagram And Like ZAGS on Facebook