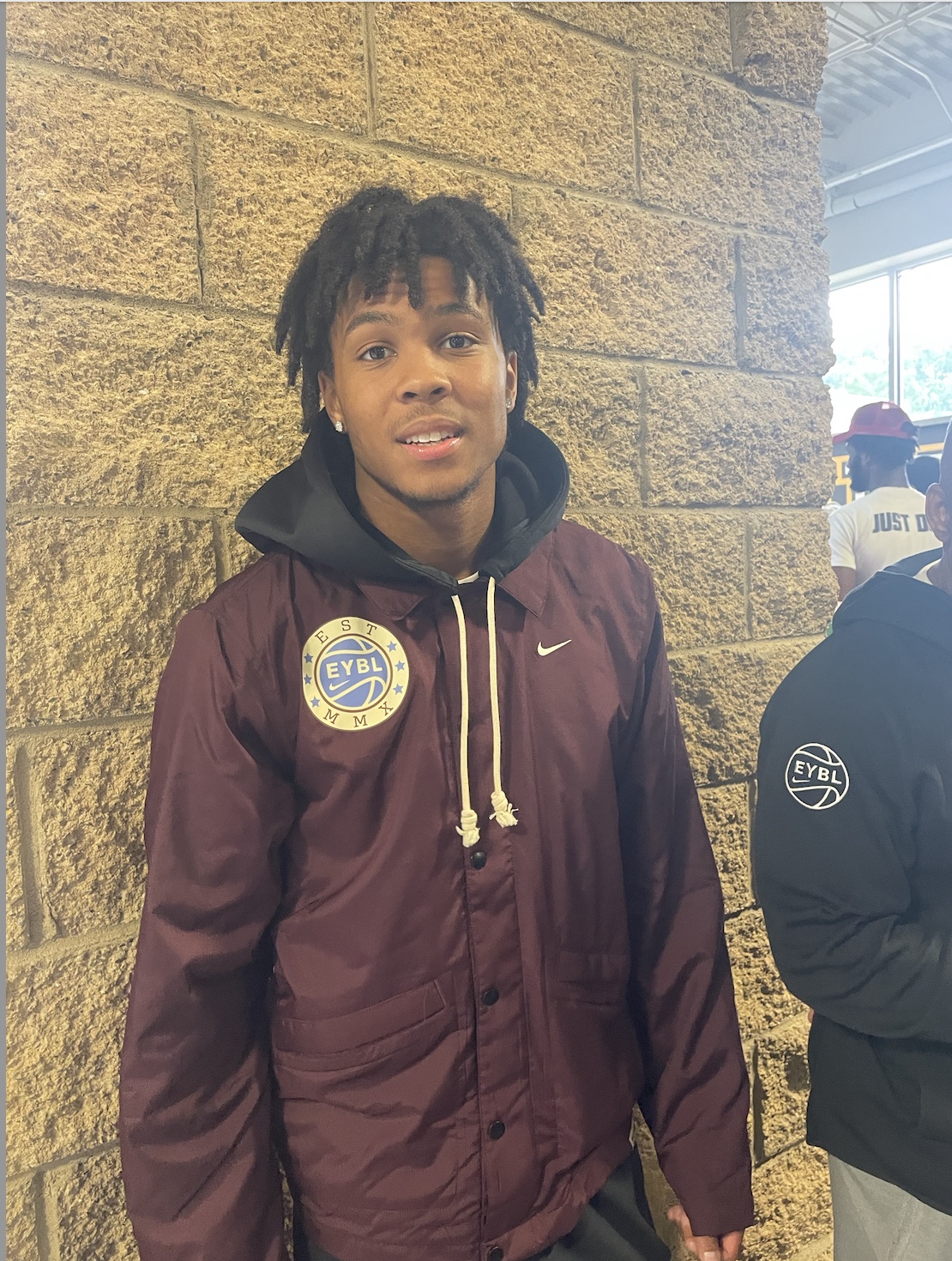 By JACOB POLACHECK NORTH AUGUSTA, S.C. — D.J. Wagner, the No. 1-ranked prospect in the class of 2023, said Thursday that he will start thinking about recruitment and potentially planning visits following Peach Jam. “Right now, I’m focused on Peach Jam, winning a championship,” Wagner said. The 6-foot-3, 165-pound combo guard from Camden (NJ) and the New Jersey Scholars AAU Program, was watched on Wednesday by Louisville head coach Kenny Payne and assistant Josh Jamieson as well as Kentucky assistant Chin Coleman.   He broke down some of the schools involved in his recruitment: Auburn: “I like the way they play. They get after it. Again, that’s a great program. They play hard every time I watch them. They’re some hard workers, so they play hard. They’re a great program.” Louisville: “They are a great school. Coach Kenny Payne is a great coach. It’s a great school, a great university.” Kentucky: “Same thing. Coach (John Calipari) is a great coach and that’s a great university. They’ve had some great teams come through there.”

In a straw poll of roughly 20 coaches here half say DJ Wagner ends up at @KentuckyMBB and half say @LouisvilleMBB https://t.co/MfdLN0Q8yo

As far as his decision, Wagner said he’s looking for a “winning system.” “Any system I could come in and help try to win,” he said. Wagner made headlines recently when he was reported to have partnered with Drake and his Nike sub label, NOCTA, for a promotion. “It’s not really an NIL deal. It’s just me promoting it,” Wagner said. “We’re just some hoopers and they wanted to get some stuff out, so we’re some hoopers. They just wanted to get the product out and we wanted to help with that.” Wagner spoke about the pride he has in competing for a Peach Jam title, coming from Camden. “I feel like there’s no other feeling in the world – playing for the fans and playing for the city,” he said. “I feel like they’ve got the best fans in the world. They come to every game and support us as much as they can. They travel too. They’re going to make sure they’re supporting. So, I love playing for the city and I take a lot of pride in wearing that name across my chest.” Follow Jacob Polacheck on Twitter Follow Adam Zagoria on Twitter Follow ZAGSBLOGHoops on Instagram And Like ZAGS on Facebook