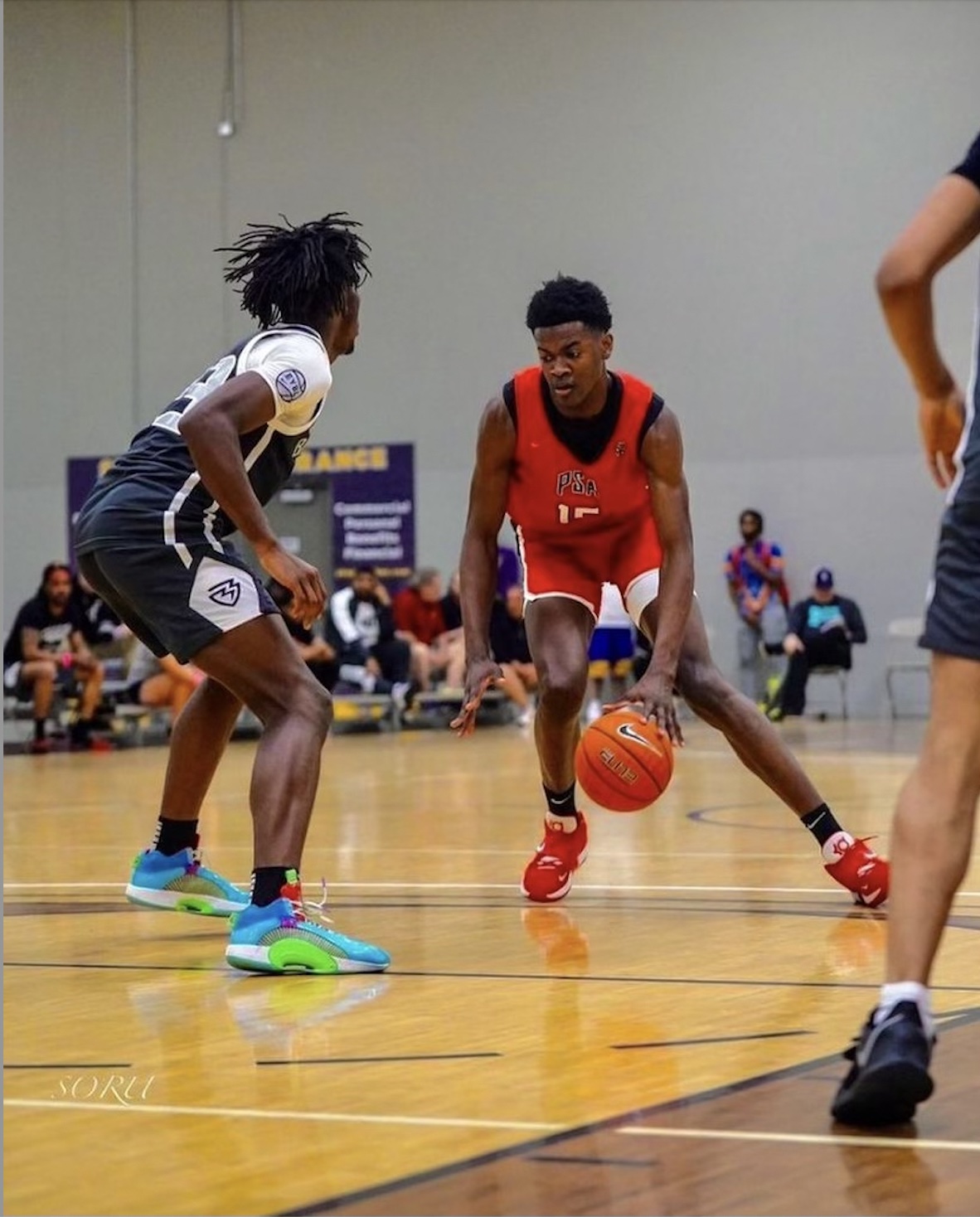 By JACOB POLACHECK As colleges prepare to begin reaching out directly to class of 2024 prospects next week, four-star center Yves Missi is already on the radar of some of the nation’s top programs. The 6-foot-10, 210-pound center from West Nottingham (MD) Academy and the PSA Cardinals AAU Program, was a standout during the Pangos All-American Camp in Las Vegas from June 5-7, earning his spot on the Top-30 Cream of the Crop Game and being named Most Outstanding Player by Gerry Hamilton of On3Sports. “I liked playing with the best players in the country,” Missi said in an interview with ZAGASBLOG Thursday. “I learned a lot about playing hard, getting back on defense, talking on defense and things like that. I tried to make some buckets, get the ball to my teammates and win the games.” Ranked by the 247Sports Composite as the No. 6 center and No. 31 overall prospect in the nation, Missi is already climbing up the rankings in the 2024 class. “Yves is one of the best players in his class,” PSA Cardinals coach Terrance “Munch” Williams said. “His upside and skill set puts him in position where he should be playing basketball for a long time. He is also one of the most well-rounded individuals you will ever meet. With that being said, he is prime to be one of the next five-star bigs to come out of the PSA Cardinals program.” Originally from Cameroon, Missi comes from a basketball family with his parents and brother having spent time playing for the Cameroon National Team. “I’m a good defender, somebody that can block shots, someone who can finish around the basket and a good teammate,” Missi said. “I can shoot and handle the ball.” Heading into the contact period, Missi already has a busy recruitment with schools like Kansas, Michigan, Utah, UCLA, Baylor, Syracuse, Indiana, Ohio State, St. Joseph’s, DePaul, USC Upstate and Norfolk State showing interest. “I never thought I would be playing in front of college coaches when I first came here,” Missi said. “It’s really a dream coming true.” Come June 15, college coaches will be able to reach out directly to class of 2024 prospects and Missi is expected to hear from a lot of programs. “I hope college coaches reach out and I’ll be able to talk with them and dialogue with them,” he said. “I want to see more about what the program can give to me and what I can give to the program.” When it comes to evaluating programs, Missi said he’s looking at his fit, how they play with big men, how they use him on defense and the overall play style and environment of the school. He also specifically pointed towards the Syracuse zone defense as a scheme he enjoys. “The best defense I compare with is the zone defense, playing around the middle,” he said. Off the court, Missi is an avid user of Twitch, the interactive live-streaming service for video games. “I hate video games, but I love watching people play videogames,” he said. Photo: Soru Follow Jacob Polacheck on Twitter Follow Adam Zagoria on Twitter Follow ZAGSBLOGHoops on Instagram And Like ZAGS on Facebook