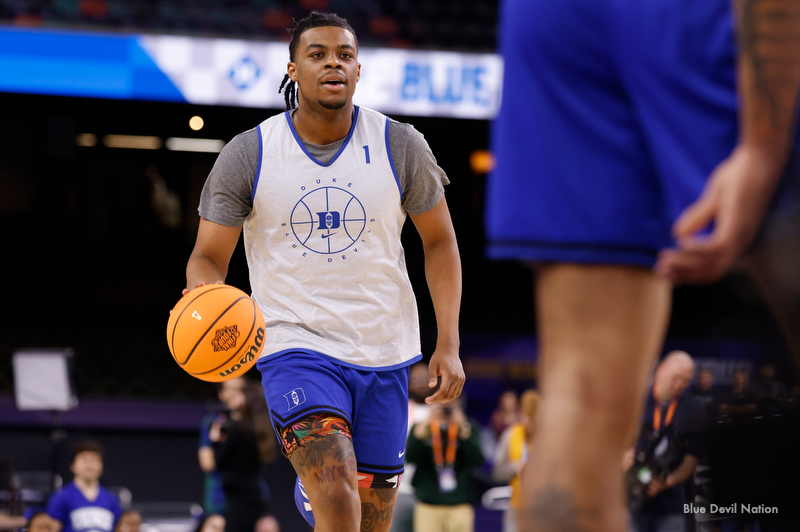 By ADAM ZAGORIA Duke freshman Trevor Keels will remain in the NBA Draft, sources said. ESPN.com also reported the news. The 6-foot-4 Keels averaged 11.5 points and 3.4 rebounds in his lone season for a team that won the Atlantic Coast Conference regular season and reached the 2022 Final Four. He is the projected No. 26 pick per ESPN.com and is among five Duke players projected to be drafted. He worked out for the Charlotte Hornets Wednesday ahead of the 11:59 p.m. deadline to withdraw. “When it’s time to make the decision, I’ll make the decision,” Keels told Mike DeCourcy of The Sporting News at the NBA Combine. “Right now, I’m just focusing on how to compete at a high level.” Under first-year coach Jon Scheyer, Duke will return guards Jeremy Roach and Jaylen Blakes and adds the No. 1 recruiting Class in 2022 led by Dariq Whitehead, Kyle Filipowski, Dereck Lively, Mark Mitchell Jaden Schutt and Christian Reeves. The Blue Devils also added grad transfers Kale Catchings and Ryan Young. Follow Adam Zagoria on Twitter Follow ZAGSBLOGHoops on Instagram And Like ZAGS on Facebook

Marquette's Justin Lewis announces he will remain in the NBA Draft