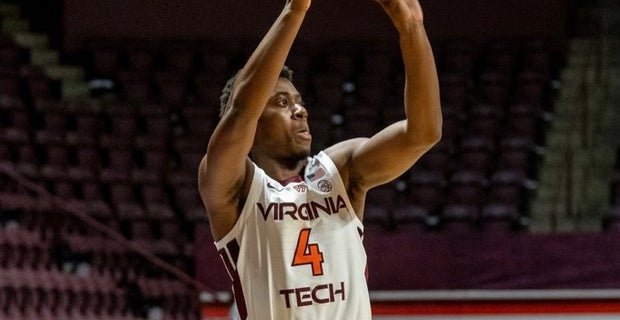 By ADAM ZAGORIA Virginia Tech transfer Nahiem Alleyne is headed to UConn, he told ZAGSBLOG. The 6-foot-4, 200-pound guard visited the Big East school earlier this week and decided it was the right fit for him. “I’ll be taking my talents to UConn,” he said by phone ahead of his public announcement. “For a while I’ve been looking for these three things and UConn really checks off all the boxes. The first thing was skill development. I really feel like going on that visit and watching them work out, I really felt like those guys were competing and getting better every single day in the workouts they were doing. I just felt like I can really get better in the situation that they will put me in. “The second thing was the relationships with everybody, not just the coaches. I really felt like coach [Dan] Hurley had a great relationship with everybody, not just the players. Everybody was being themselves, that’s what I really liked about. They weren’t trying to be something they’re not, I really felt like they were being themselves the whole time. I felt like they were really genuine in what they were saying. They just wanted me to get better every single day and they want to win. That’s the type of environment I want to be in. “The third thing is the environment. I really love the campus and I really felt like I can build my brand here.” Alleyne averaged 9.6 points and 2.8 rebounds this past season while shooting 37 percent from deep for the Hokies, who won the ACC Tournament title. As a sophomore, he averaged 11.1 points and 2.6 assists and shot 41 percent from deep. “They want to expand my game,” he said. “They know I bring a lot to the table, not just a guy who can shoot. I’m a three-level scorer that can rebound and defend the ball really well. And also I’m a veteran guy so I can bring that leadership and have experience playing college basketball and also winning.” UConn saw three guards transfer out in Corey Floyd Jr., Jalen Gaffney and Rahsool Diggins (UMass), as well as forward Akok Akok, who this week is visiting Georgetown and Pittsburgh. Alleyne said his goal is to get to the NCAA Tournament and go on a run. “My goal is to win the whole thing,” he said. “I’m not going to be satisfied just finishing second. I like to stay on the winning column.” Follow Adam Zagoria on Twitter Follow ZAGSBLOGHoops on Instagram And Like ZAGS on Facebook