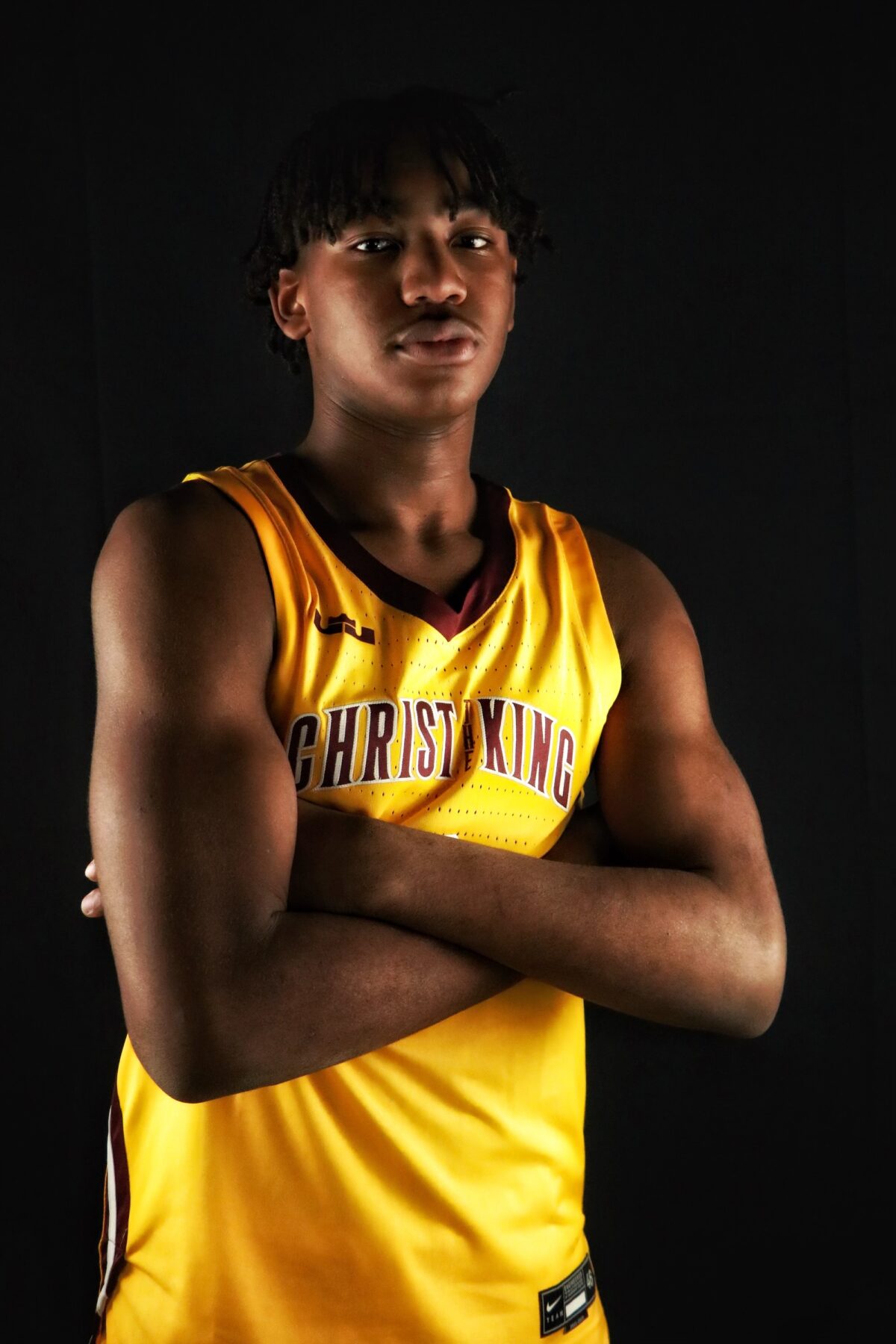 By ZACH SMART ORLANDO, Fla. — They say versatility is king. Brandon Williams’ performance during the recent EYBL Session 1 is indicative of this. The 6-foot-8 Williams, of the PSA Cardinals and Christ The King High School scored 19 points during the PSA Cardinals’ 69-63 victory over the Oakland Raiders. With his point forward skill set, consistent outside stroke, and evolving ability to put the ball on the floor, Williams is an interchangeable Class of 2023 prospect with a motor. He recently picked offers from Rhode Island and George Mason. “I’ve been keeping my handle tight so I’ve just got to keep working at at and staying in the gym,” said Williams, who also holds offers from Xavier, Pittsburgh, Oklahoma State, St. John’s, TCU, Kansas State, Iona, Creighton, Nebraska, Missouri, and others. “I’ve played like that my whole life, so I try to emulate someone like Jayson Tatum, someone versatile, so I work at that a lot.” The Queens native will provide a veteran leadership role for a young Christ The King team which returns 2024 prospect Devin Vanterpool and 2025 point guard Markell Alston. “I think we’re going to be good,” Williams said. “Last year we just lacked experience but we got through it. It was really the first season we were able to have together, ever since the pandemic.” Williams listed UCLA, Pittsburgh, Oklahoma State, Iona, and St. John’s as the programs who have been recruiting him the heaviest. New York City native and Oklahoma State head coach Mike Boynton was recently at Christ The King to see him. “Brandon is skilled and smart enough to play the 1,” Christ the King coach Joe Arbitello said. “He also has great footwork and toughness to play the 4 or 5. He just turned 16 which makes him a throwback. In today’s basketball world with all the reclassifications, he would be a freshmen or sophomore and completely dominate.” Follow Zach Smart on Twitter Follow Adam Zagoria on Twitter Follow ZAGSBLOGHoops on Instagram And Like ZAGS on Facebook

An Audacious Dream Meets Itself in Reality: A Look Inside Overtime Elite’s Inaugural Season