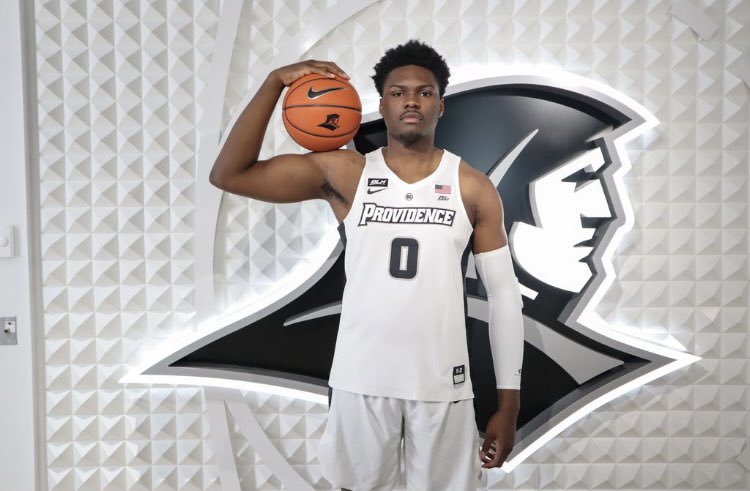 By JACOB POLACHECK Class of 2022 three-star center Christ Essandoko has de-committed from Providence, he tells ZAGSBLOG Thursday. “The relationship and communication between me, my parents and the coaching staff changed,” Essandoko said. “I was supposed to enroll early In January, but it didn’t happen, so I think it was the best choice for me as a student-athlete.” The 6-foot-11, 260-pound center from Winston-Salem (NC) Prep, chose to commit to Providence over Maryland, Georgetown, Illinois, Oral Roberts, NC State and Seton Hall in October. Ranked by 247Sports.com as the No. 29 center in the class of 2022, Essandoko describes himself as a versatile 7-footer that can shoot, dribble and pass. “I have the ability to score because of my footwork and touch around the rim,” he said. “I can also pass out of the double team. My defensive abilities are good as I can block shots and guard ball-screens.” Essandoko’s de-commitment leaves Providence with a 2022 recruiting class that consists of three-star point guards Jayden Pierre and Quante Berry. Follow Jacob Polacheck on Twitter Follow Adam Zagoria on Twitter Follow ZAGSBLOGHoops on Instagram And Like ZAGS on Facebook