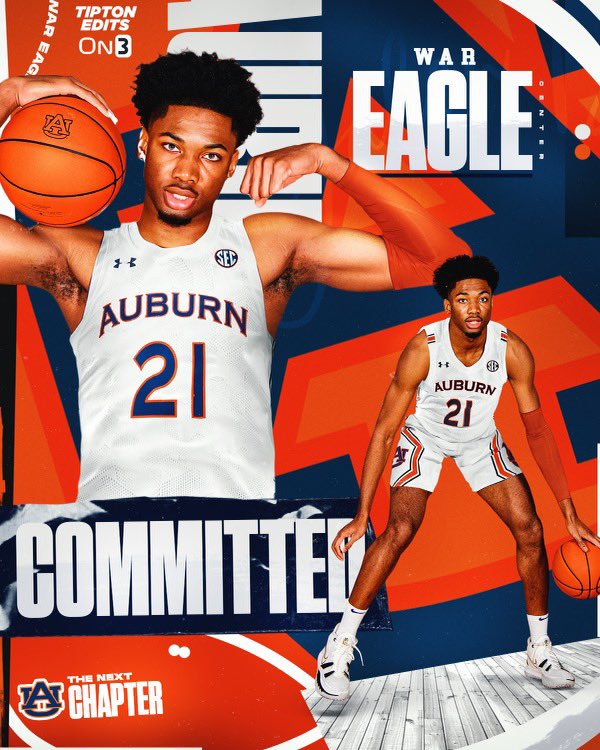 By ADAM ZAGORIA After decommitting from LSU last week in the wake of Will Wade’s firing, 6-foot-11 power forward Yohan Traore of Dream City Christian (AZ) has flipped to SEC rival Auburn. Before originally committing to LSU, Traore had offers from Texas Tech, Michigan, Memphis and Kansas. “I like Bruce Pearl,” Traore told on3.com. “I think he’s a great coach with experience with players at their four position, like Chuma Okeke, Isaac Okoro, JT Thor, and this year, Jabari [Smith] so I think they will be able to develop my game. “There was a family atmosphere (at Auburn),” Traore added. “The players were cool too. Every day they’re going to push me to be the best. I think it’s going to be a great place and I trust the coaches.” A native of France who has been in the U.S. a couple of years, Traore is ranked the No. 5 center in the Class of 2022, per 247Spors.com. “His skillset is pro level when you talk about handling the ball and the way he shoots it at 6’11,” said Dream City Christian coach Kyle Weaver. “Not many guys in his respective class or prior classes have his skillset with size. He handles the ball really well for being almost a 7-footer.” “He has a very high ceiling,” coach Vonzell Thomas of Dream Vision said. “He can defend, stretch the floor with his shooting ability. He drives it aggressively while under control and is strong enough to power through and finish with contact. I truly feel he will not be in college after one season.” Follow Adam Zagoria on Twitter Follow ZAGSBLOGHoops on Instagram And Like ZAGS on Facebook