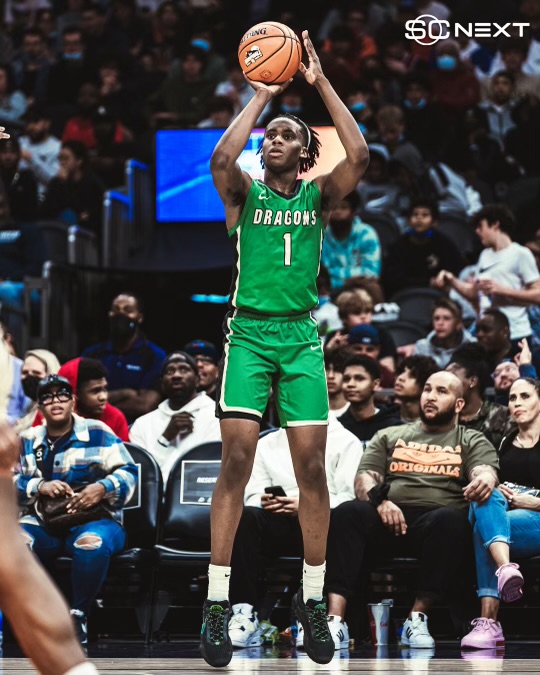 By CHARLIE PARENT & ADAM ZAGORIA Marquis “Mookie” Cook, the No. 2 small forward in 2023 per 247Sports.com, committed to Oregon at halftime of his game Thursday at Geico Nationals. He chose the Ducks, where his sister Chaquinn was a track star, over Kentucky and Gonzaga. “I know where I want to go and the timing is perfect for me,” Cook told ESPN. “I visited all three schools. Coach [Dana] Altman came to see me play in the eighth grade at the Les Schwab event. Since then he has been recruiting me … I was always on campus and I love their facilities.” Cook averaged 13.9 points and 6.7 rebounds for the Oakland Soldiers 16U team last summer on the Nike EYBL circuit. Added Cook: “Coach Altman is a cool guy. “He’s laid-back but serious on the court. He is a very receptive person. He listens to his players in-game. Assistant coach Mike Mennenga stayed in strong communication with me the whole process. We built a great relationship.” Cook’s AZ Compass Prep teammate Kylan Boswell chose Arizona last month. Cook joins Class of 2023 point guard Jackson Shelstad in Oregon’s 2023 class. Follow Charlie on Twitter Follow Adam Zagoria on Twitter Follow ZAGSBLOGHoops on Instagram And Like ZAGS on Facebook