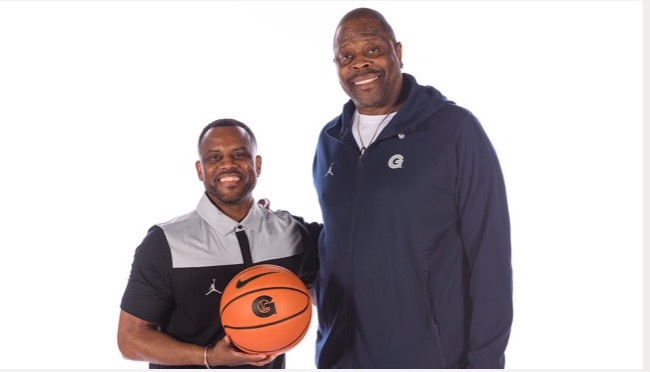 By ADAM ZAGORIA Kevin Nickelberry is coming to Georgetown and some key transfers may follow. With the former LSU director of recruiting and interim head coach joining Patrick Ewing’s staff, LSU is expected to be heavily in the mix should Alex Fudge, Brandon Murray and Efton Reid transfer from LSU, sources confirmed. The 6-foot-8 Fudge averaged 3.3 points and 3.2 rebounds this season. The 6-5 Murray averaged 10.0 points and 3.0 rebounds. And the 6-11 Reid averaged 6.3 points and 4.3 rebounds. “I’m excited about coming back home – I grew up in DC and I, like so many others, was a Georgetown fan,” Nickelberry said. “I am ready to hit the ground running and help Coach Ewing achieve his goals of restoring Georgetown Basketball to national prominence. The DC area has always been good to me and my career and I am excited to be able to recruit locally as well as nationally because Georgetown is, and always will be, a national brand.” As first reported on ZAGSBLOG, Ewing dropped former assistants Akbar Waheed and Robert Kirby following a season in which the Hoyas went 0-19 in the Big East and lost their final 21 straight games. Louis Orr remains on the staff, and Ewing still has to add one more assistant. “I am happy to announce the addition of Kevin Nickelberry to my staff at Georgetown,” Ewing said. “I have confidence that he will have an immediate impact in his role as an assistant coach and recruiting coordinator. He has strong local and national ties and has showcased his ability to bring in top-level talent.” Follow Adam Zagoria on Twitter Follow ZAGSBLOGHoops on Instagram And Like ZAGS on Facebook