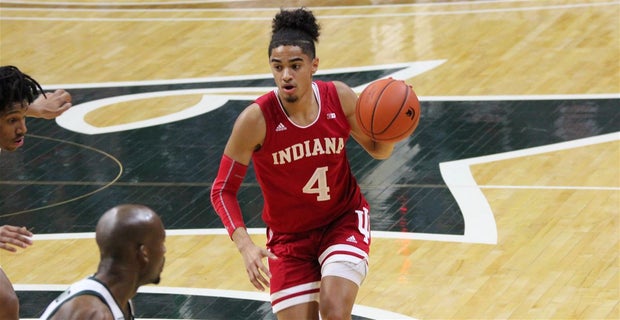 By CHARLIE PARENT For the second time in two seasons, Khristian Lander has entered his name into the Transfer Portal. This time, it appears the 6-foot-2, former 5-star, guard is committed to leaving the Indiana program. Lander was considered a massive get for former Indiana head coach Archie Miller back in 2020. After Miller was fired, Lander entered his name in the Portal the first time until Mike Woodson persuaded him to come back. Following a 2021-2022 season where Lander saw low playing time yet again, and got hurt midway through the year, he puts his name back in the Portal this offseason. Across 39 career games, Lander finished his Indiana career scoring 2.5 points per game. He shot 31.7% from the field and 28.6% from three during that span. Lander has yet to announce a team list of possible future destinations. Follow Charlie on Twitter Follow Adam Zagoria on Twitter Follow ZAGSBLOGHoops on Instagram And Like ZAGS on Facebook